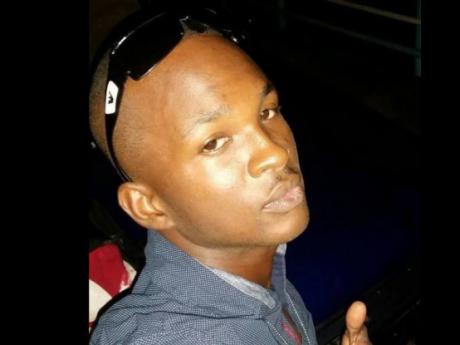 The sudden death of police constable Shadale Goulbourne has sent shockwaves throughout his circles of friends on loved one. Goulbourne, 22, died in a motor vehicle crash yesterday morning on St Johns Road, Spanish Town, St Catherine.

The Corporate Communication Unit said that about 2:30 a.m., the cop was travelling in his Suzuki Swift motor car along the Spanish Town Bypass when he reportedly crashed into a tree before toppling over in a ditch at the side of the road. He was later pronounced dead.

The Police High Command has expressed deepest condolences to Constable Goldburne's loved ones and the wider JCF family.

"I urge all members to avail themselves of the services available through the Chaplaincy Unit and the Medical Services Branch, wherever needed," Commissioner of Policce Major General Antony Anderson said.

Goldburne was attached to the Kingston Central Police Division, but was performing duties in the St Catherine North Police Division at the time of death.

Goulbourne was remembered as a really cool supportive and ambitious man.

A member of the Jamaica Combined Cadet Force during his days at school, Goulbourne joined the JCF two years ago.

"He was one of the few allrouders of the school. He participated in the debate club and was the go to person if you had any computer issues," his friend Jomo Donaldson told The STAR.

"You were very disciplined, humble, ambitious and very understanding. It was a pleasure getting to know you," one person posted.

Another said: "This is truly a sad day...I really truly loved this guy like a brother. U were sooo amazing and u use to tell me I'm the most beautiful woman in the world...I really can't believe such a beautiful soul was snatched away so suddenly. May you fly high Shadwiz, keep playing beautiful music in heaven."