'MY BABY IS NOT DEAD' ... Mother convinced her child was stolen from hospital 35 years ago 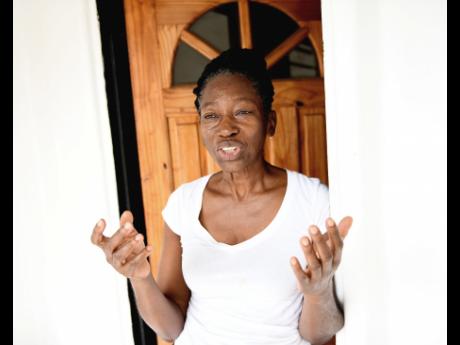 Ricardo Makyn/Multimedia Photo Editor Emancia Williams gave birth to twins at Spanish Town Hospital 35 years ago but was told one of them died. She has never seen the body. 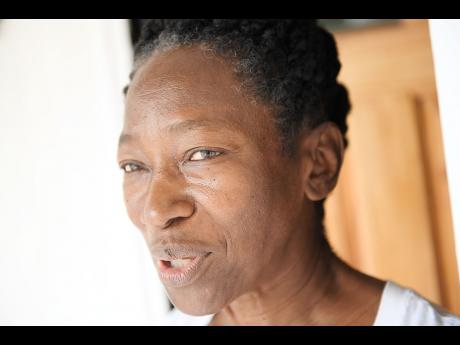 Ricardo Makyn/Multimedia Photo Editor Emancia Williams is convinced her baby was stolen from the hospital 35 years ago.
1
2

The recent stealing of newborns from two of Jamaica's premier hospitals has brought back sad memories for Emancia Williams.

Williams, 57, gave birth to twin girls at the Spanish Town Hospital in St Catherine, but left the institution with only one child. She was told that the other one died shortly after birth. It was a hard pill to swallow for Williams.

She said that when she heard that she was pregnant with twins, it was one of the happiest moments of her life.

"I did not see her body or anything like that. I felt like somehow she was not dead, but I think that someone needed a child and since is two of them that I had, they decided they could easy well take one," she said.

Even though the labour pain was intense, she said the thought of holding her twins in her arms kept her going while in the delivery room.

"I was in labour for more than 12 hours because one nurse came off shift and another came on during the process of giving birth. When the first one born, it [the pain] was still prolonging, and after the second one was born, they just grabbed her and ran with her out of the room," Williams recalled.

"The next morning a nurse saw me and asked if they told me about one of my daughters and I said no, and she said she didn't make it," she added.

Williams said, in that moment, she felt broken but pulled herself together for the sake of her living child. However, something deep inside her told her that her other daughter was still alive, something she still believes in after 35 years.

She said that for many years, she would walk around in hope that she would run into her daughter, who she is convinced was stolen at the hospital. She believes that the child resembles Athaliah, the only child she carried home from the hospital.

Williams said that the recent abduction of two babies, one from the Victoria Jubilee Hospital and the other from Cornwall Regional Hospital, has caused her mind to return to the hospital ward in which she gave birth. She still has the birth certificate for the daughter who she was told died. She said that she still have hopes that her daughter is alive, especially because she did not get any document from the hospital indicating the child's death.

"The nurse told me that I had to name my second child, and my sister always questioning that saying that if she died why I have to register her. After the Jubilee incident, I was sharing my story with people and they are saying that they don't believe my child died because there was no body. I just hope that one day, she will reach out and we will be reunited," Williams said.