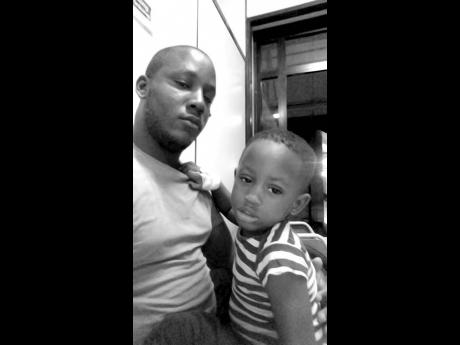 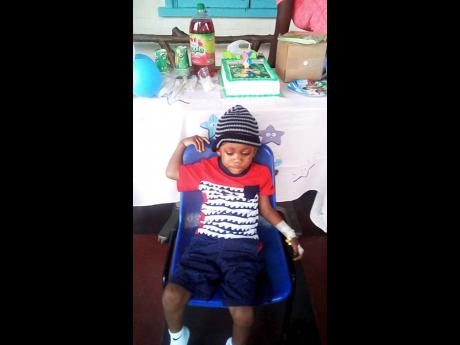 When Ebony McKenzie held her son, Joshua Stevens, she felt a sense of joy that can only be explained by a mother.

Three years later, she has been thrown into depression when she got news that her baby boy had cancer.

When Joshua was two years old, she brought him to the doctor, where they found out that he had a brain bleed.

Doctors put a shunt to cover it, according to McKenzie.

However, the problem was not resolved and her baby had to be readmitted after complaining of headaches.

"After the shunt was put in, he started crying for headaches. He was vomiting up clear fluid even when he just ate and he had a fever, so I had to carry him back to the hospital," she said.

The news was not what she wanted to hear as, after further tests, doctors informed her that her baby has pilocytic astrocytoma cancer, which is a tumour that grows slowly in the brain and spinal cord.

This type of tumour is often seen in children and young adults.

McKenzie said that it has been an emotional roller coaster for her since she was informed of her son's condition.

However, through support from family and friends, she is able to make it.

"I break down very often. Sometimes I go to church to get comfort but my mom is my strength," she said.

She told The STAR that at present, her son is at The Bustamante Hospital for Children, where he needs to undergo radiation and chemotherapy.

She said while she hopes to get government assistance, she was told that if it doesn't materialise, she has to find more than $2 million to do the radiation alone.

Nelson Stevens, Joshua's father, said that he tries to cope each day but there are days when he breaks down too.

He said that he helps in whatever way he can but it is not enough. He just wants his baby to get better.

"More time I break down, but I have to stay strong for my son and her," he said.

((Anyone who is interested in helping little Joshua is asked to call his mother Ebony McKenzie at 876-335-6070 or donate at https://www.gofundme.com/fmvt8-cancer))