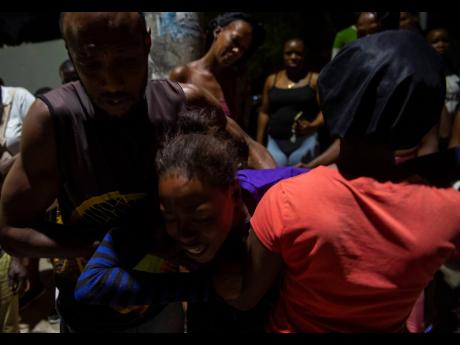 Abigail Richards (centre) is being consoled as she grieves the loss of her nieces. 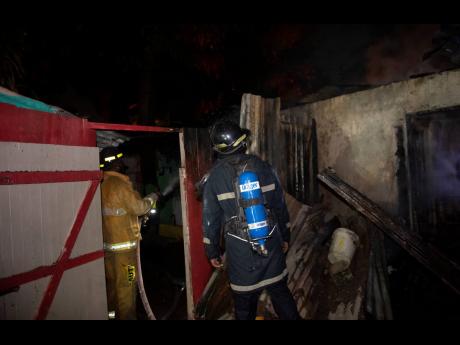 Firefighters were busy trying to put out a blaze in Grants Pen, St Andrew, on Thursday evening. 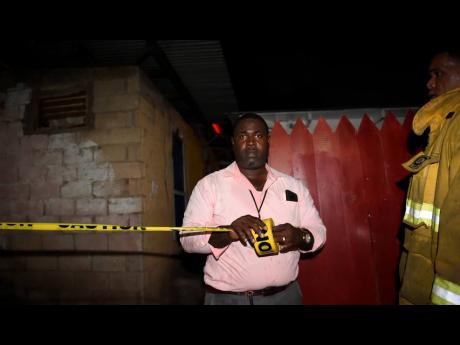 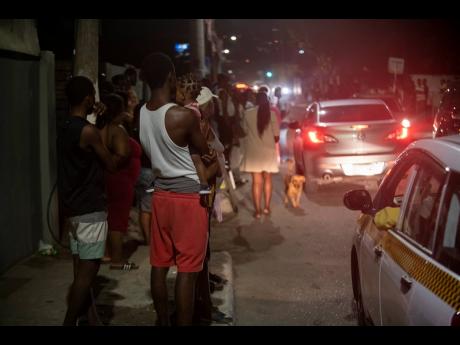 Members of the community gathered along Grants Pen Road on Thursday evening after hearing that two children perished in a fire. 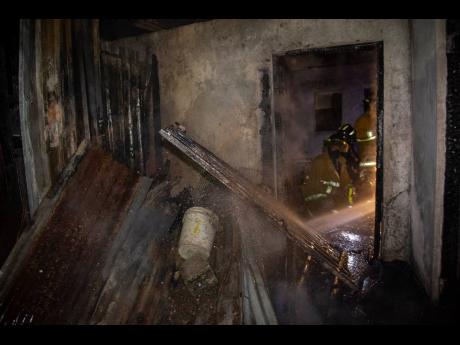 Firemen were kept busy on Thursday evening as they tried to contained a fire in Grants Pen, St Andrew. 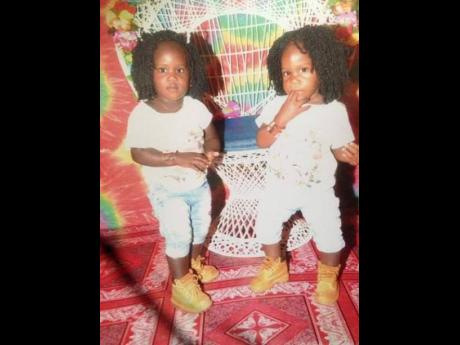 Twin girls Nahelia and Nahalia Pinnock died in a fire on Thursday evening.
1
2
3
4
5
6

A 24-year-old mother had to be rushed to hospital on Thursday night after receiving news that her two-year-old twin girls, Nahelia and Nahalia Pinnock, perished in a fire in Grants Pen, St Andrew.

It is said that the children were asleep when the fire began.

However, THE WEEKEND STAR was unable to ascertain whether or not they were alone at the time.

Three houses were also lost in the fire that occurred in a section of the community known as Belgium.

When THE WEEKEND STAR arrived on the scene, residents were out in their numbers. Many were emotional about the loss of two precious lives.

“Right now, it better dung yah did bun dung and the two baby them all right,” one female resident said.

Having seen the girls earlier in the day, another woman was in total shock.

Detective Constable Craig Davis, who is attached to the Grants Pen Police Station, told THE WEEKEND STAR that he was outside the station when he heard screaming and went to investigate the matter. He said that when he got to the location, he realised that a house was on fire. He said that he immediately called the fire station before going to give a helping hand.

The cause of the fire is unknown.

Although the fire was eventually contained, tensions were high as many residents expressed their frustrations at the firefighters who first arrived on the scene.

One woman said that if the firefighters had moved faster, the twins may have been saved. In the same breath, many thanked Davis, who they said helped them as they tried to put out the fire.

“Mi nah lie, him (DC Davis) work. Him come and mi tek up bucket a water, and him help the youth dem. When water done, him help wi use dirt and a try get the fire down,” a resident said.

As residents tried to come to terms with the death of the girls, they described the twins as loving, happy children. They said that they did not deserve to die in this manner.

“A the other day mi hear dem madda a seh she nuh ready fi have no more children, she a go wait till dem grow up before she have any more. Mi feel it man. Mi caan believe this,” another resident said.

The news team made attempts to speak with the twins’ aunt, however, she was too emotional to speak.