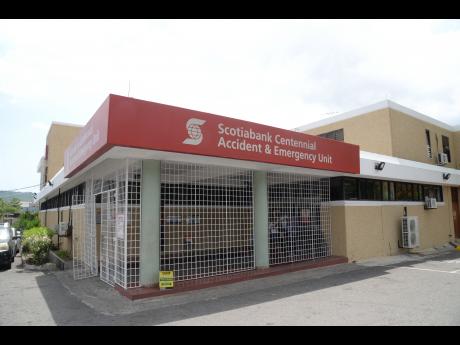 Patients and staff situated at the Accident and Emergency department at the University Hospital Of the West Indies, were quickly evacuated this morning after fire broke out because of a malfunctioning air-conditioning (AC) unit.

THE STAR understands that a total of 48 persons were evacuated and two trucks, from the York Park and Half-Way Tree stations respectively, attended to the blaze.

Senior Deputy Superintendent Patrick Gooden, who is in charge of operations in the Jamaica Fire Brigade, confirmed the incident and shed some light on what transpired.

Gooden told THE STAR, "At 9:45, the brigade received a call and two units were dispatched, one from York Park and Half-Way Tree. On arrival our team was told that an AC unit caught fire at the A & E section. Everyone in the department has accounted for."

Our news team gathered that 33 staff members and 15 patients were evacuated.

There were no reports of injury.

Our news team tried without success to speak with the CEO for the hospital.

A member of his staff told THE STAR that he was unavailable.