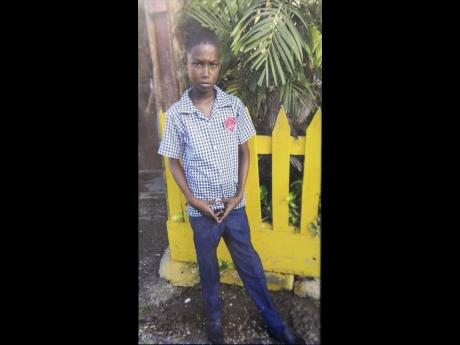 In less than 24 hours, the US$20,000 (approximately J$2.6 million) goal for 12-year-old Dujon DaCosta, who was shot and killed on Payne Avenue off Spanish Town Road on Saturday night was surpassed.

More than 1000 people contributed to his GoFundMe page, which was created by a popular photographer, who goes by the name Chakabars, to assist with his burial and financing the medical bills of his three relatives who were shot and injured in the same incident.

He met the young football star at the Haile Selassie High School a couple of weeks ago when they were fixing a garden at the school. He said that DaCosta and his mother came by and volunteered their services.

"I've been so sad, I haven't been sleeping. I keep staring into his picture and crying," Chakabars said in his post.

On the same day when they were fixing the garden, Chakabars took a photo of DaCosta and asked him to smile.

However the youngster said "there isn't anything to smile about round here."

DaCosta attended the Tavares Gardens Primary School and was looking forward to a full scholarship to Excelsior High School.

According to the Corporate Communications Unit, DaCosta was killed after gunmen opened fire on a group in the community at 7:45 p.m. Saturday night.

DaCosta's grandaunt, uncle and mother were shot and injured.