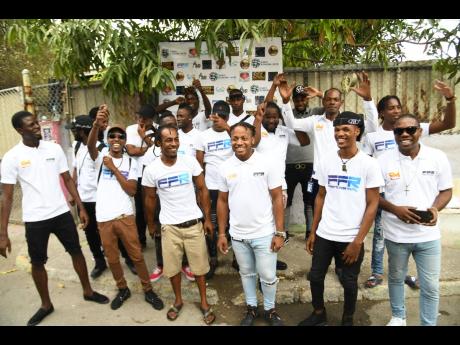 Frenz For Real is not just the coming together of musicians and authors. It has put together projects to help the youngsters in Tower Hill, St Andrew. 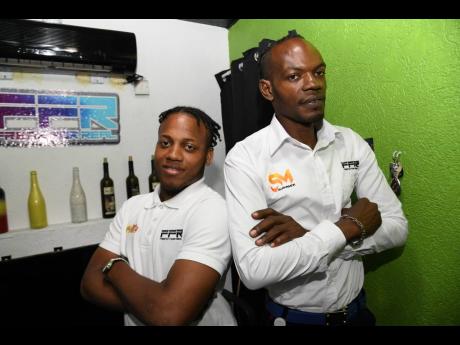 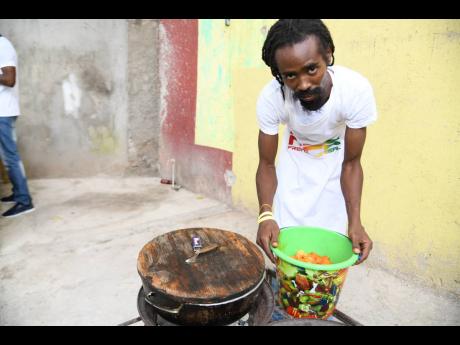 The resident chef at Frenz for Real studio. 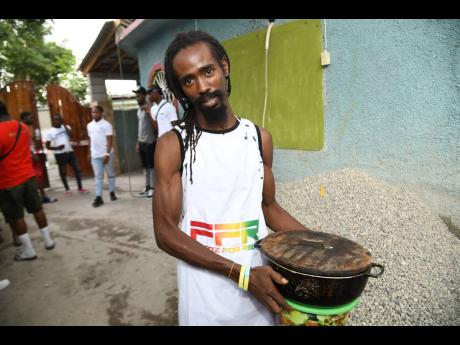 Frenz For Real Studio has changed the face of Tower Hill in St Andrew. At least, that's what CEO Omar Benjamin and his long-time friend and current business partner Jason Arnold believe. Not only has the studio released some of dancehall's hottest hits and rampant riddims, the well-structured entity is also responsible for implementing internship and mentorship programmes for youth in the community.

Built out of a tenement yard, with its start as a sole trading entity, the studio expanded to a limited liability establishment - and is still expanding to add offices that house the business's multiple departments.

Since its release in May 2019, Frenz For Real 'Lifestyle' riddim, produced by Redboom Supamix, has been a choice selection for disc jockeys both in the dancehall and those blasting car stereos.

"We weren't expecting the wave, so we're getting attacked. But in a good way. Artistes have expressed interest from all over, not just Jamaica. We're getting emails from Japan and Europe... WhatsApp messages coming in from artistes in every corner," Arnold told The STAR.

Frenz For Real started in 2010 out of Benjamin's kitchen. The office space is the home where he was born and raised in and, that is rapidly transforming into one of dancehall's focal studio spaces.

"We have a system in place. We have different departments." "Engineering, promotions, the office which deals with customer service and client relations and stuff like that," Arnold explained. Now, the customer relations office stands were the kitchen was. There is even a new space for promotions being added to the building. "We're gonna have a new office suite that's gonna be the board room."

Arnold added: "We've also done philanthropic work, because we have homework centres. Even the interns here, every evening we have homework time around the back. We have mentorship programmes as well. We have young people in the community who are at risk. Because of the address they have, they're not gonna get jobs. And these are guys with five, six or seven CXC subjects. So we take on that responsibility. We can't pay them every week, because they don't really work here, per se. What we do is find opportunities for them. We seek sponsorships to put on events, any profit we get from that, we split with them. We've paid school fees, disbursed lunch money, bought clothes ... . We take our role as a good corporate citizen very seriously."

The Frenz For Real has an internship programme which started in 2017. Alex Gordon and Wyan Nelson were the studio's first interns. Now, Wyan is a promotions manager, with responsibility for day-to-day data entry.

"We're just a family. Each one teach one. They're never gonna leave anyone behind."

"A lot of people know Tower Hill or Olympic Gardens as troubled by gang violence and political violence. But I believe in my brand, in my team and what we have put together. Believe me, it has changed the face of Tower Hill, Olympic Gardens, Kingston 11," Benjamin said.