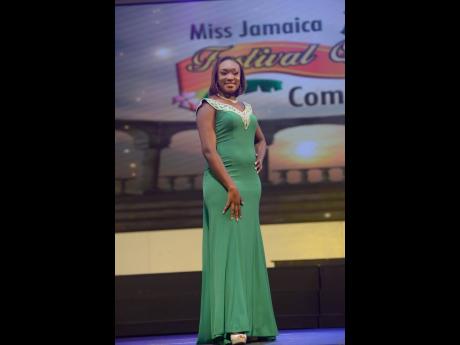 In an interview with THE CENTRAL STAR in July, Clarendon Festival Queen Alecia Byfield noted her plans to launch a foundation in support of women who suffer from postpartum depression.

Last Saturday, the dream was manifested as the 25-year-old accountant hosted the official launch of her foundation, Get Inspired Foundation for Women with Postpartum Depression, at the St John's African Methodist Episcopal Church in Palmers Cross, Clarendon.

Byfield credited the experiences of three of her friends who had suffered from the disorder as the inspiration to start the foundation.

She detailed that she wanted to provide assistance specifically to young mothers who were unmarried and lacked emotional support.

Speaking of her friends' experiences, she said, "It was traumatic from the outside looking in. I said I had to do something, and when I saw the JCDC (Jamaica Cultural Development Commission) Festival Queen flyer, I figured that through the JCDC, I'd have the opportunity to start the foundation."

Pastor Crystal Davis, who shared that she suffered from postpartum depression, said, "I went into serious depression, I isolated myself, I couldn't function."

A similar sentiment was shared by the other two mothers who were panellists at the event.

Guest speaker, Dr Danielle Dixon, said that 88 per cent of pregnant women will suffer from postpartum depression, which she described as a high incidence in medicine.

She said that lack of spousal support is a high contributing factor to the illness, adding, "I believe also that an issue is that females are untreated, undiagnosed and unsupported."

She asserted that age also plays a role in women developing the illness, positing that younger, first-time mothers are more at risk.

Dixon used the medium to implore women to seek assistance when they become pregnant, noting that the Ministry of Health has 24-hour mom hotlines, and that mothers can also seek support at community health clinics.

Byfield shared that the foundation aims to host more seminars biannually as a means of providing support to affected mothers in the parish.