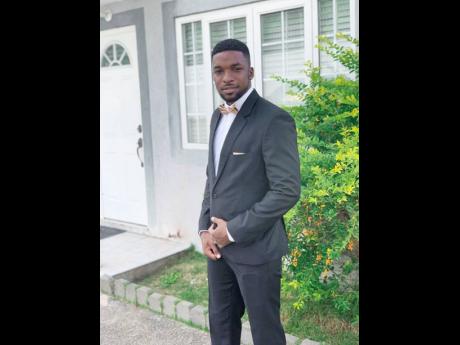 Social media influencer, Romone 'OneRomone' Robinson, has been using his online presence to raise funds and donate to those desperately in need during the crisis brought on by COVID-19.

Robinson, who has a following of more than 68,000 on Instgram, told THE STAR that he has managed to generate more than J$150,000, which he plans to use for supermarket vouchers.

"I made a post saying if people wanted to donate they can DM (direct message) me. So I got donations from people overseas and locally I raised over J$150,000 in less than 24 hours," he said. "I'm planning to get some supermarket vouchers and start giving to those who have reached out already."

Robinson said that persons would get vouchers based on the amount of help they need.

"So for example if it is a single person, they get $5,000. Most of the persons who reach out are asking for food because they have been laid off from a regular nine t0 five, and they used to live paycheque to paycheque," said Robinson. "I'm thinking it's better to give out vouchers than money because some people are unscrupulous and they will come online with a sad story just to get the money."

Robinson recalled doing a live post on Instagram just entertaining his followers when someone called in seeking help.

That's when it dawned on him that he could be using his platform to make a positive impact.

"I was giving away some credit but somebody called who needed help, she said she doesn't have no money for food and stuff like that" Robinson told THE STAR "Then random people on the live said they wanted to give her money, and I decided to see how far I can take it because people were willing to donate."

"Persons have to call in and share their stories in order to get help. The people have to decide whether the stories are genuine. They are ones donating so they want to see where their money is going" Robinson added.

He told THE STAR that it is inherent for him to be propelled to help those who are less fortunate.

"Growing up that's how my parents operated, they love to give back. There are so many people that my parents have helped send to school," he said. "I have helped a lot of people but don't publicise it. Giving back is just a part of who I am. I love to give but unfortunately I don't have enough to give everybody. So when we all work together it's just a stronger force."

He said that since he posted on his Instagram account that he would be donating, the messages have increased greatly.

"My DMs are full right now with people asking for help. I have over 40 persons, but the only way to get the donation is if they call in share their stories," he said. "Some people said they are scared to call in. But if you really need help, you have to put your pride aside."