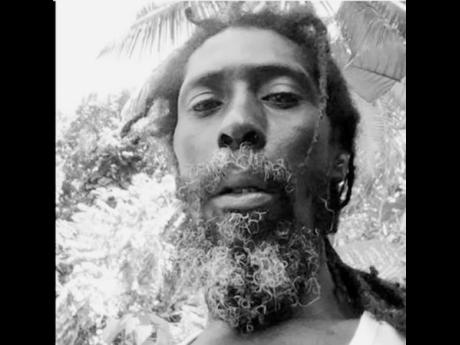 Erica Riley raged with emotion as she replayed how her best friend was murdered in her presence.

Riley, 55, told THE STAR that the moment when she heard "Wah me do you make you a kill me?" was when she realised her best friend, Delroy 'Scorpion' Smith, was in danger.

Smith was chopped to death by a man of unsound mind while visiting her at her business place last Friday. A 13-year-old boy was also wounded by the man.

Riley, still struggling to cope with her best friend's death, said Smith was not a mischief-maker.

"He was a kind and loving person, enuh, easy going. All now me feel bad, because him is a good good youth. Him nuh walk and make no trouble with nobody still, so that's why it burns so much fi see the boy come chop him up," she said

As Riley reminisced on their relationship, she told THE STAR that Smith was like an older sibling.

"We come from far. Him always around me. The only time him nuh deh round me is when him a work; him is like a brother to me, enuh," she said. "Me lef him in a me shop go anywhere, and him do anything me fi me. I trust him with everything wah me have because a him alone me mek stay in my shop,"

Reports from the St Ann's Bay police are that about 4:30 p.m., Smith, 56, was at a shop on Gordon Tennant Road in the area when a man approached and attacked him with a machete, inflicting wounds to his upper body.

The perpetrator then inflicted wounds to the boy who was walking along the roadway. Residents alerted the police and both Smith and the boy were transported to the hospital. Smith died while undergoing treatment.

The perpetrator was arrested and is currently in police custody. Riley said Smith was a community stalwart.

"Everybody feel it because a how the man dead. Nobody nuh look fi him dead so, especially the younger youth them. Him always reason wid dem and encourage them fi do positive things and grow up fi be a good man or woman in life," she said.

A resident, Jazmine Chung, said that he was a really nice person.

"That's how I grew up knowing him. He always made some songs and we would sing them and have a laugh, or he would say something funny. Whenever I saw him he was always spreading positive vibes," she said.