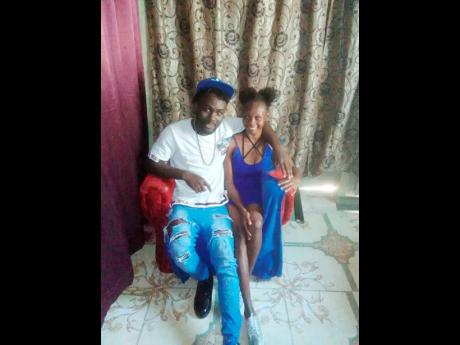 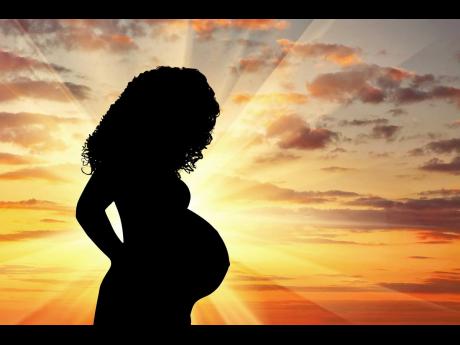 What started out as regular day last Monday for 21-year-old farmer Daniel Logan and his spouse, Mizira Mitchell, changed drastically in a matter of minutes after he was forced to deliver their second child on a dirt track.

The couple were on their way home in Warsop, Trelawny, when Mitchell's water broke.

"We walk for about two more minutes and she say she cyah manage fi walk no longer. So me lift her up and walk with her for about 10 minutes and me hear she cry out. So me put her down and me see that the whole a under her jeans pants wet up," Logan told THE STAR. "I was going to get a car but she tell me not to leave her because the baby will born. I ask her if that's how she did feel when she had the first baby and she said yes."

In trying to ease her discomfort, Mitchell lay on the grass, right on top of an ants nest.

"Me affi fly up and brush ants off a me," Mitchell told THE STAR. "At the time we did a say a must salt we salt."

But Logan had a more serious issue, as his daughter was coming fast.

"The baby head was coming out so I said rahtid, I have to take care of this because nobody nuh deh here fi help we," he said. "Me take off her shirt and me use it and my handkerchief to make a bed on the ground because we didn't have any towel or anything because we wasn't expecting the baby," he told THE STAR. "My bag that I had on, I fold it under her head as a pillow so she could lay down on it."

After six firm pushes, baby Veronica, who they've nicknamed 'Survivor', was welcomed to the earth.

"When the baby came out into my hand I said, 'yes Lord this one is mine, she came straight into my hand," said Logan. "My babymother was still trembling like she was on ice like she was gonna die, and all I could say to her was just pray."

"I was traumatised. Me feel like I was gonna die. Through everything me did a fret because suppose something was to happen and me can't reach the hospital," Mitchell added.

The most complicated phase of the delivery process for Logan was separating the umbilical cord.

"I tried to use my teeth to bite the navel string but it was tough," Logan told THE STAR. "I spend about 12 to 15 seconds using my teeth then I remember a knife in my pocket because I was coming from the field. I reached for it and cut it in the middle."

Logan finally summoned help from a motorist on the main road, who took them to the Spaldings Hospital.

"The doctor say them never see nothing like this, so them take my picture and mark 'hero dad' over it and put it up in the hospital," Logan said. "People in the community congratulate me, some cry. Others say them have to buy me a drink."

The couple are giving thanks for the new addition to the family.

"Every morning I wake up I thank God and pray more often. I start working harder because I say I have a daughter born in my hands so I can't afford for her to feel any struggle as I did," Logan said.