Woman with no feet takes care of sick brother 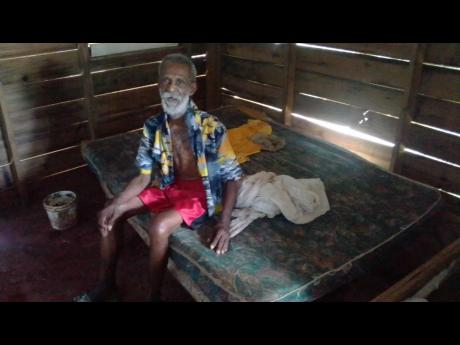 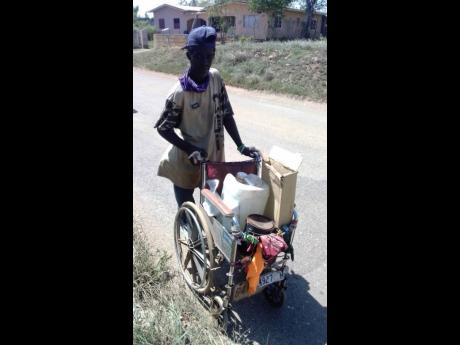 A St Elizabeth woman is appealing for assistance for her elder brother, who she says has been very ill and has been unable to do anything for himself for the past three years.

Latrice Mullings, who is a double amputee, said she is chiefly responsible for her 82-year-old brother, Joshlyn Williams, who resides with her in Newell in the parish.

"Him use to be a good person, who do all sort a work fi people inna the community, but over three years ago it is as if duppy lick him and him possessed by demons. Since then him caah do nutten fi himself," Mullings said. "Him do bare strange tings, him constantly a mek noise and a pure demonic words a come outa him mouth."

Dr Geoffrey Walcott, consultant psychiatrist, when told about Williams' case, said there are a host of medical and psychiatric problems that could be at play.

"Altered mental state in the elderly is an indication of some form of medical or psychiatric illness. In the elderly, in particular, because of the vulnerabilities, you have to do thorough medical screening as well as psychiatric evaluation. It could be something as simple as a urinary track infection that could cause confusion, disorganised behaviour or something more severe like cancer," Dr Walcott said.

The psychiatrist has recommended immediate screening.

When THE STAR visited the small farming community of Newell last week, Williams was resting in a house made of board. The house, which is also occupied by his two sons, does not have sanitary convenience.

"As yuh can see, mi don't have any foot, but still a mi haffi a tek care a him and him son dem," Mullings said. "Thank God fi mi husband because a him a mi backbone inna everything."

Mullings is hoping that the State or private citizens can reach out and help take care of her brother.

There is currently a restriction on the acceptance of new residents to golden age homes and infirmaries across the island.

When the measure was announced on March 13, Prime Minister Andrew Holness said that the restrictions serve as a precautionary measure to protect the elderly, who are most vulnerable to the novel coronavirus, which caused the COVID-19 disease.