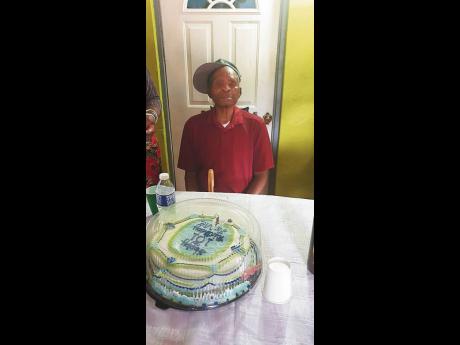 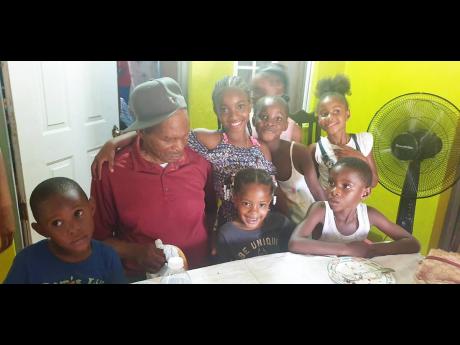 Martin enjoys his birthday with some of his great-grandchildren. 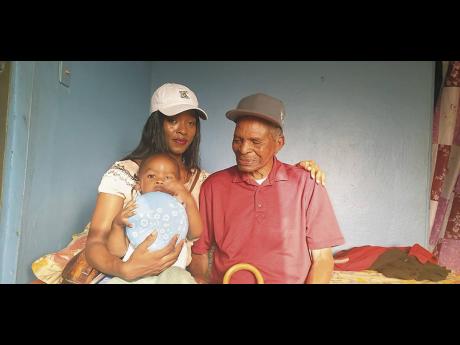 "Me feel good how me live so long, only the sickness, but I'm getting affection," Levy Martin told THE STAR as the cheerful senior citizen celebrated his 101st birthday on Monday in his hometown of Murray Mountain, St Ann.

'Maas Vye', as he is widely known, is the only centenarian in his area, and aside from glaucoma, which took the sight from one of his eyes, he is healthy.

When asked what was his secret to a long and healthy life, Martin explained that there is not much one can do, but he knows that he is favoured by God.

"It's a blessing from God. If you nuh have God blessing, nuh care what you have, you nah prosper long. God alone can keep you, nothing else," Martin told THE STAR.

Martin got married to his first and only wife Florence Gillispie-Martin when he was a teenager, and started the union which brought forth 17 children. Florence passed away in 2007.

Despite being a relatively young man when he became a husband and father, Martin knew the importance of being a breadwinner.

"From the first one born, me just responsible for him and me nuh bother talk to no other woman. To maintain the one, then the second and third child just put me to stay closer, and then we just continue together," he said.

He expressed that he dedicated his life to his children and being the patriarch of the family, despite his struggles.

"Life did hard back then. All one shilling me make a day. But God bless me and me raise them fi turn man and woman. If me buy one pants fi them, that a two shilling. So it never easy to get one and a all 10 or 20 a we live in a one house," said Martin. "Me never like the party them to that. Me go out, but me couldn't practise it because me have so much kids, so me have to study me head and try to have sump'n fi them."

As a youngster, Martin spent much of his days in Murray Mountain, where he cultivated his family property, planting and reaping crops such as cabbage, potatoes and yam. This was how he generated the bulk of his funds to feed his large family.

"Me cultivate everything, man; me love it. But me use to do too much work too, because when me do this and me nuh get enough to help, me do something else," he said.

Martin, who was born to Mary-Jane and Johnathan Martin, has been blessed with an extended family of his own.

'Me grandpickney them too much, me nuh know the half a them," he laughed.