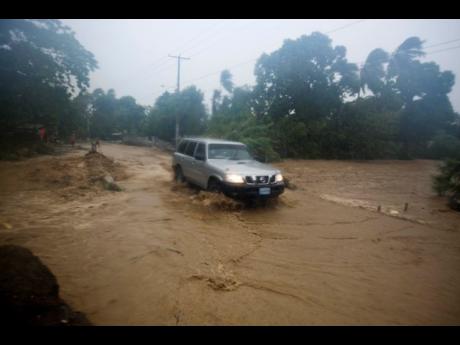 BRIDGETOWN, Barbados, Jun 24, CMC –The Barbados-based Caribbean Climate Outlook Forum (CariCOF), on Wednesday warned that the increasingly wet period in Belize and the Islands will be accompanied by high flooding, flash flood and landslide potential.

In its latest edition of Caribbean Climate Outlook Newsletter, CariCOF said that the dry season ended up with several areas experiencing short term drought while a greater proportion of the region ended up in long term drought.

It said with temperatures significantly above average in April and May, some record temperatures, a number of heatwaves and further drying of soils occurred in this period.

But CariCOF said in the period July to September, it is predicting that regional countries should be prepared for flooding, flash flood and landslides as a result of  an increasing wet period.

It said also that the region could also be affected “by strong tropical cyclone activity from August onward. “At the same time, heat stress will likely be higher than in most years due to high humidity and warmer than usual temperatures – particularly at night. Episodes of Saharan dust will initially be frequent.

“On a brighter note, copious rains should ease drought concerns during this period. The Guianas will return to their hot, dry season in August,” CariCOF said.

CariCOF warned that as of June 1, severe shorter term drought has developed in Aruba, Barbados, Haiti, Martinique, St Lucia, and Trinidad and Tobago , while short term drought should ease by the end of July in most currently affected places, but it might possibly develop or continue until the end of December  in Dominica, Martinique, St. Kitts, and Trinidad and Tobago.