Beaches, rivers in breach of safety protocols to be ordered closed 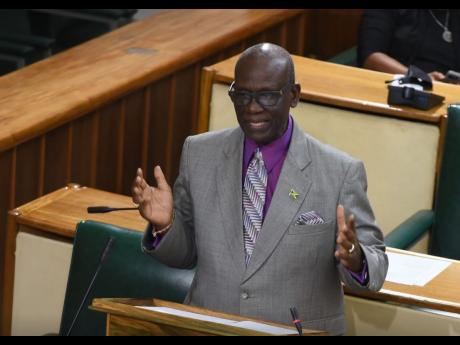 As of today, all beaches and rivers in breach of safety protocols established to curtail the local spread of the coronavirus (COVID-19), will be closed with immediate effect.

This warning came from Minister of Local Government and Community Development, Desmond McKenzie, who noted that non-compliant beach and river operators, as well as patrons, could face possible prosecution under the Disaster Risk Management Act.

Under the Act, persons in violation of the safety protocols can be fined up to $1 million or spend 12 months in prison.

“The onus will be on the beach and river operators to satisfy the authorities that they have put in place all the protocols before they are allowed to reopen,” the Minister said, in a statement to the House of Representatives on Wednesday, July 1.

In ramping up enforcement measures, which will involve the police, McKenzie noted that all beaches and rivers will now be strictly monitored by the Office of Disaster Preparedness and Emergency Management (ODPEM) and the Social Development Commission (SDC), which will be surveying these establishments to ensure that the protocols are being observed.

“The SDC’s capacity will be bolstered by the employment of some 250 temporary workers across the island. In addition to ensuring compliance, this team will be sensitising the operators about the importance of enforcing the protocols,” he further informed.

McKenzie noted that the decision to shut down beaches and rivers in violation of safety protocols has been taken in response to the high rate of non-compliance that has been observed at these facilities.

He informed that over the weekend, 63 beaches and 74 rivers were visited and it was observed that 67 per cent were not in compliance with the rules.

“The breaches of the individual protocols were even more serious, where some 97 per cent of people visiting the beaches and rivers last weekend, did so without wearing any masks as required under the protocols. Some 66 per cent did not practise social distancing,” he pointed out.

He noted that many operators of these facilities also failed to obey and enforce the protocols, pointing out that among the violations were the hosting of parties and other prohibited events, including a football tournament held at Hellshire Beach last weekend with more than 800 people.

“It is vital that all who operate and visit these facilities obey the COVID-19 protocols. I say once again, that the manner in which people use these recreational spaces will determine whether they remain opened or closed,” McKenzie further reiterated.

The safety protocols were put in place in tandem with the conditional resumption of general access to public beaches and rivers on June 7, following their closure due to the COVID-19 pandemic. The reopening, which was for an initial period of 14 days, was extended.