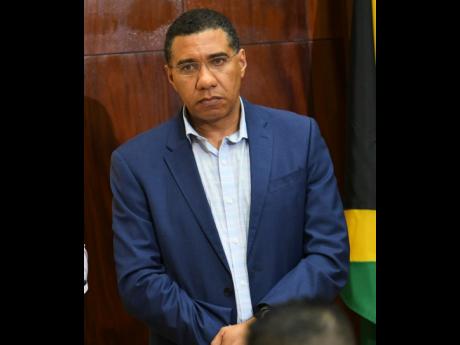 At a press conference this morning, Holness stated that crime has been affecting the community and other areas.

"The community is being robbed of its true potential...The community is assessed as a significant contributor to the level of crime and designated a hotspot. Urgent intervention is needed especially as major gangs are in the community."

He said since the start of the year, there have been seven murders and 14 shootings in August Town.

Chief of Defence Staff Lieutenant General Rocky Meade added that the situation in August Town is another element in the long term plan to change the culture of violence in Jamaica.

A ZOSO was also declared in Greenwich Town, St Andrew one week ago.