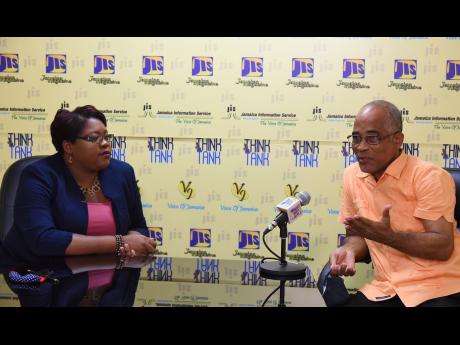 The Violence Interruption Programme (VIP) of the recently ended Citizen Security and Justice Programme (CSJP) is estimated to have saved the country’s health system $70 million, due to its prevention of violent crimes.

According to Programme Manager, CSJP, Orville Simmonds, the initiative, which was a partnership with the Peace Management Initiative (PMI), was one of the CSJP’s hallmark achievements.

“We took on what was called the Cure Violence approach, in which we used persons called interrupters to engage violence producers with a view to have them cease and desist from their violence production,” he said.

Speaking at a recent JIS ‘Think Tank’, Mr Simmonds said that the emphasis on prevention of shooting was crucial to the successful implementation of the programme, as they were able to detect more than 600 potential shootings.

“The focus was on shootings, identifying potential shootings and interrupting those shootings."

"When we looked at the data, we saw the number of shootings that were interrupted, and based on the treatment costs in hospitals for a shooting victim, which is an estimated $400,000, we saw that there was a benefit of approximately $70 million saved due to the shootings that were prevented,” he explained.

According to Mr Simmonds, the VIP personnel were able to successfully mediate and resolve 90 per cent of the conflicts that were detected.

Meanwhile, Acting Chief Technical Director, Ministry of National Security, Shauna Trowers, said that reinforcing the value of non-violent conflict resolution is a focus of the Ministry.

“We have tried to emphasise that through our policies and even through our campaigns, such as ‘Liv Gud’ to live good with your neighbour, to not offend if possible and to be considerate where you can be."

"It is us taking what we have learned through the CSJP and trying to employ it in a way that we can set the policies and the tone right, so we can prevent some of the crimes that are happening,” she said.

The Violence Interruption Programme was carried out in Kingston and St Andrew, St Catherine, Clarendon, Hanover, and St James.