‘A him have mi heart’ - Woman mourns brother killed by gunmen 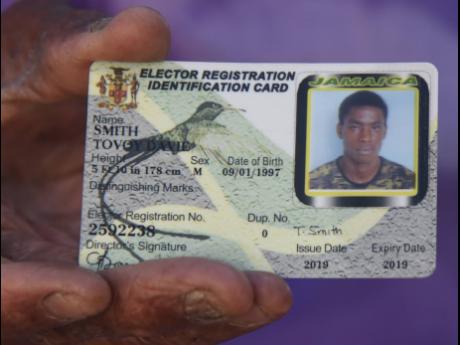 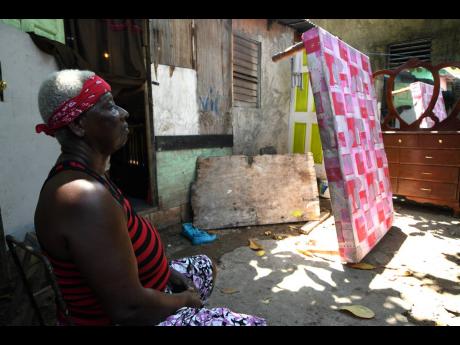 Nichola Pink’s mother, Patricia Shaw, is at a loss for words as she sits in the yard where the couple lived in Chestnut Lane, Denham Town.
1
2

Last Saturday when Kimone Garrison handed her brother Tovoy Smith a beverage which he had asked for, she had no idea it would be the last thing she gave him.

Smith, 23, and his girlfriend Nichola 'Trudy' Pink, 27, were murdered by gunmen early Sunday morning. Reports are that some time after 2 a.m., gunmen entered their Chestnut Lane home, and pumped multiple bullets into their bodies.

Another man, Godwin Morris, who was inside his house in the same yard, heard the explosions and went outside. He was pounced upon by the men and was later found lying in a pool of blood with a gunshot wound to the back of the head.

Garrison, who said that she has not slept since hearing the news, said that of her five brothers, Smith was her favourite, as he always sought to protect her and other family members and kept them laughing frequently with his humorous personality. Relatives said Smith, who had been in St Ann, returned to Kingston to attend a friend's funeral.

She recalled teasing him

She recalled teasing him about the unkempt state of his hair, and even promised to buy him some ointment to treat liver spots.

"Mi did a gimmicks him and a seh you need fi trim man or mek him woman do him hair or something. Mi miss mi bredda dearly. A him have mi heart," she said. "A him a mi favourite out of everybody. Mi cry when mi deh by myself but when mi deh round people mi try fi show a tough side. All now mi nuh sleep and all now mi nuh eat. Trudy now, she always have your back, no matter what. Mi ago miss di two a dem and mi can't believe seh dem really gone." Smith's mother, Charmaine Thompson, said her heart was full.