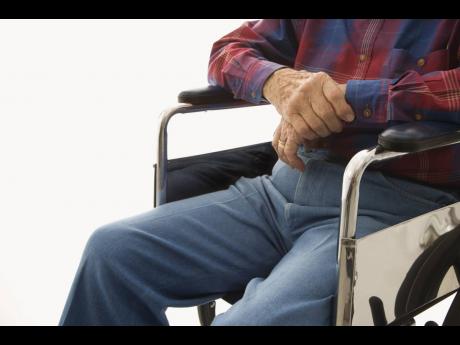 A staggering 40 per cent of persons aged 90 and above who contracted COVID-19 have died. As of Monday, four of the 10 persons in the 90-plus age group have been counted among the country's 75 deaths. The latest is a 93-year-old male with a St Mary address who died on Monday.

Health ministry data indicate that there has been one recovery in the 90-plus age group.

Jamaica has recorded 48 COVID-19 deaths in the past 20 days, nearly twice the number of fatalities that occurred on the island during the 169 days days between March 18 -- when the first death was recorded -- and September 2, when the country declared community spread.

"This is significant rise in the number of deaths, and indeed it is of grave concern to the Government and indeed to the nation," Prime Minister Andrew Holness said during a press conference from Jamaica House yesterday.

The disease, which has infected more than 5,270 persons in Jamaica, has claimed the lives of some noted Jamaicans, among them being reggae legend Frederick 'Toots' Hibbert, former minister of Government Dr D.K. Duncan, retired university professor Tara Dasgupta, and Kingston College's vice-principal Juliet Wilson.

"Every life is valuable. Some persons are known more than others. We have had some icons in our society pass. We mourn for them," Holness said. "Their passing is indeed, for many Jamaicans, they use that as a signal of the seriousness of the pandemic." He said that now is the time for all Jamaicans to redouble efforts to bring the virus under control.