One-Minute Reads ... News from around the region 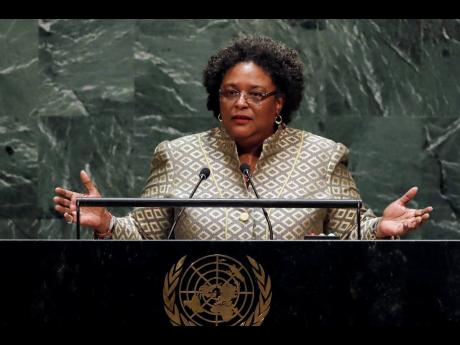 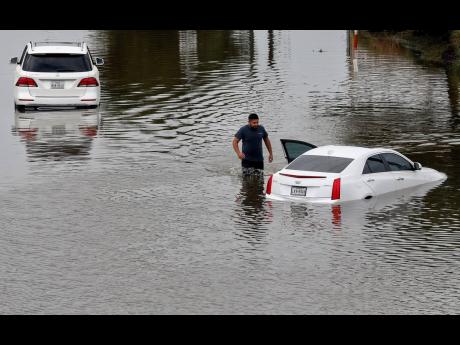 A man checks his vehicle at the intersection of Pearland and South Sam Houston Parkways in Houston, Texas, on Tuesday, following flooding from Tropical Storm Beta.
1
2

Three people, including a 19-year-old woman, have been charged with kidnapping the nine-month-old baby of a Venezuelan woman earlier this month.

They have been jointly charged with kidnapping for ransom while Jdan Taitt was also charged with negotiating a ransom. The police said that they had also released two other suspects.

Police said the child was found less than 24 hours after her mother reported that she was at her Chaguanas home in central Trinidad, when the child was taken by a woman without her permission.

"Sometime later, she received a telephone call from the suspect demanding TT$20,000 (approximately US$2,930) in cash for the safe release of her daughter," the police said in a statement. They said that acting on intelligence, members of several law enforcement agencies travelled to Curepe, just on the outside of the capital, "where they found and clinically extracted the baby in a safe manner". The three accused are due to appear in court virtually later this week.

The head of the Anglican Church in Barbados, the Reverend Michael Maxwell, says the church is not supportive of the idea by the Mia Mottley government to recognise same-sex unions.

Bishop Maxwell told the online publication, Barbados TODAY, that the Anglican Church in Barbados and the rest of the Province of the West Indies remained fortified in its position stemming from a decision of the 1998 Lambeth Conference of Anglican Bishops in England that marriage is a lifelong union of a man and a woman.

Last week, Governor General, Dame Sandra Mason, addressing the opening of a new term of the Barbados Parliament, said that the island has always been in the vanguard of pioneering social justice, the protection of civil rights and the battle to ensure dignity to the poor, marginalised, vulnerable and dispossessed.

Four Caribbean Community (CARICOM) countries have from Tuesday put arrangements in place for operating a travel bubble as part of the efforts to curb the spread of COVID-19, Barbados Ambassador to CARICOM David Comissiong has said.

In a statement, Comissiong said that St Vincent and the Grenadines, Dominica, Antigua and Barbuda, and Barbados have all put their arrangements in place and have commenced operating the bubble, which went into effect last week Friday in keeping with a decision made at a special emergency meeting of CARICOM leaders earlier this month.

Persons entitled to participate in the travel bubble are not required to take COVID-19 tests or to undergo a period of quarantine in order to travel to countries that are within the bubble.

Comissiong said that regional leaders were guided by a comprehensive report from the Trinidad-based Caribbean Public Health Agency which provided recommendations on how the bubble would operate, and the eligibility criteria for countries to participate. Only countries with no cases and those in the low risk category are allowed to participate in the bubble.

Police seized more than US$3 million in marijuana on Monday during a joint operation involving the Royal Bahamas Defence Force, US Coast Guard and other US law enforcement agencies.

The authorities said that the seizure came after drug runners were engaged in a high-seas chase that ended off the coast of Exuma, leaving one officer in hospital with injuries after the suspects rammed into the police's boat with their vessel.

Police said that the joint operation was launched after a team, conducting surveillance along the Ragged Island chain, came upon a speed boat with four occupants on-board.

The police said that the suspects are all Bahamians, and that the two men who were injured during the operations are receiving medical attention at a hospital.