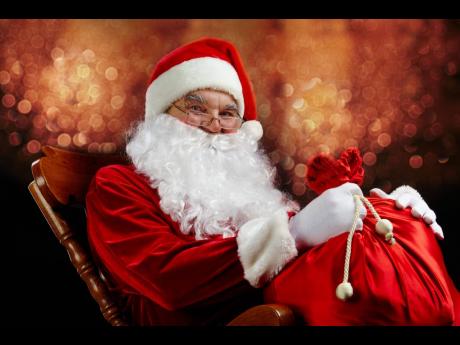 Despite COVID-19 restrictions, Santa Claus will not be required to adhere to the restrictive measures.

Santa Claus has been given freedom to move around during the Christmas holidays, this despite restrictive COVID-19 curfews that have been announced by the Government to control the spread of the novel coronavirus.

Health and Wellness Minister Dr Christopher Tufton, speaking during the weekly COVID Conversations, said that the Government is not seeking to kill the Christmas spirit with the measures that have been announced. The tightened restrictions for the Christmas holidays will see the nightly curfew on Christmas Day, Boxing Day and New Year's Day starting at 7 p.m. and ending at 5 a.m. the following day. The curfew hours for December are 10 p.m. to 5 a.m.

The ban on parties and events remains; and gathering limits, including private settings, has been restricted to 15 persons, which effectively means a prohibition on big family gatherings like dinners, parties and barbecues.

Jamaica has so far recorded more than 10,540 cases of the virus which has claimed the lives of 248 locally and 1.4 million persons worldwide. Health officials yesterday said that the number of cases locally have been trending up. Tufton warned that further increase in the COVID-19 numbers could result in more deaths and impair the Government's ability to reopen schools in January.

With the western parishes being chiefly responsible for the rising numbers, Leeroy Williams, the mayor of Montego Bay, urged residents of St James not to yield to the temptation to engage in partying.

"Persons will have an option, you can party, but you will run the risk of probably have your last Christmas, whereas if you forego the partying, you will be able to see several other Christmases," Williams said.

Of the 1,784 cases in western Jamaica, St James has 1,104 cases followed by Westmoreland, 362, Trelawny, 237, and Hanover, 218. Williams, whose parish has the greatest number of active cases (113) in the west, said that he has been getting requests for the holding of Grand Market but is emphatic that none would be allowed.