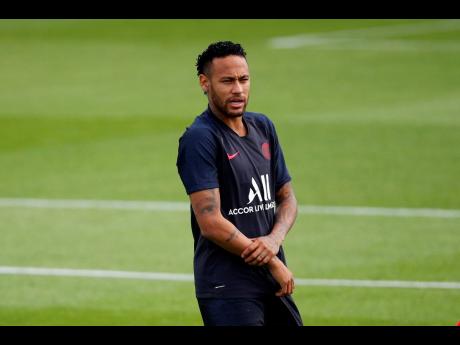 Representatives for football superstar Neymar are trying to distance him from claims he has flouted pandemic warnings with a multiday New Year's bash at or near his home in Brazil while on break from his French club team.

Day Crespo, the main spokesperson for Neymar, said in a message yesterday that the Paris Saint-Germain forward is not even at the exclusive neighbourhood in Rio de Janeiro state where the party is taking place.

"Neymar Jr will not throw any party this year, we are in a full blown pandemic and he is with his friends and family members," she said. Earlier yesterday the footballer published a picture of himself and a friend on a boat in a Southern Brazil beach, Praia do Caixa D'Acoon on his social media channels.

The Brazilian daily O Globo reported last Saturday that the player had organised a party it called a "Neymarpalooza" in the Rio state city of Mangaratiba, where he owns a mansion. It said many guests had already landed at a nearby airfield rented by Neymar.