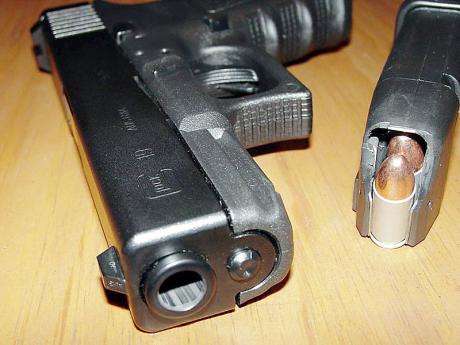 A firearm and several rounds of ammunition have been seized by cops assigned to the Hunts Bay station, along Olympic Way, Kingston 11.

Police reports are that about 7:30 Wednesday morning, lawmen acting on intelligence, searched several premises, a Glock 17 pistol along with seventeen 9mm rounds of ammunition were found under a sheet of zinc in a yard.

No one was arrested in connection to the seizure.