Man who saved cop delighted to get national honour 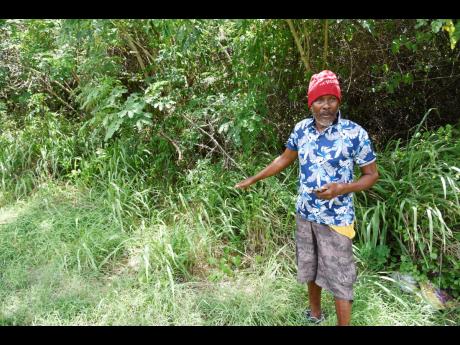 Wright points to the area where he found the dying cop. 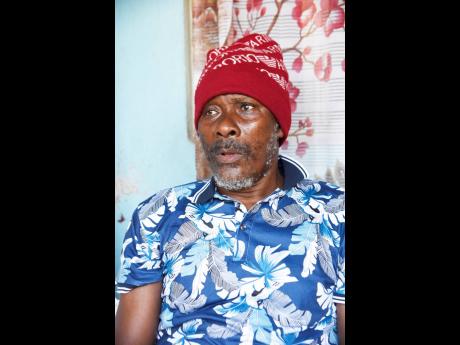 Josiah Wright said that he feels honoured to be rewarded for helping the injured cop.
1
2

What started as the usual brisk, early-morning walk for a 63-year-old resident of Portmore, St Catherine, on February 15, soon evolved into a life-changing experience for him and a life-saving one for a member of the Jamaica Constabulary Force.

The cop had been shot in the back, thrown into bushes and left for dead by his attackers who stole his motorcycle, service pistol and cell phone. Now come Heroes Day, October 17, Josiah Wright is set to take another walk, this time in distinguished company at King's House where he and friend Winston Thorpe will be among the nine Jamaicans will receive the Badge of Honour for Gallantry from Governor General Sir Patrick Allen.

"Mi never expect say it did a go reach so far," said Wright. "Mi feel honoured. Life is something that is more expensive than all tings."

Wright and Thorpe had been exercising that morning, Wright as part of his physical therapy because he was recovering from surgery. As he travelled his usual route, he noticed an object across the road and upon closer observation, realised that it was a badly injured man, laying in the bushes.

"Mi was on the opposite side a di road a walk and a stretch and when mi look cross the road, mi see di person lay down in the bush and mi call out to one a mi brethren who did a walk a head of me and him turn back. When mi reach over deh it look like is a dead man because him lay down on his back and nah make nuh sound and the police ansa and say 'No mi nuh dead, mi alive man, a shoot dem shoot mi off mi bike and take away mi gun, bike and phone'," Wright recalled.

The policeman pleaded with them for help, explaining that his identification card was in his pocket, fearing that they might desert him, since hours before he had sought the help of two women who got frightened and ran, leaving him. After using his cell phone to call the Greater Portmore Police Station, more popularly known as '100 Man', which is the St Catherine South Police Division headquarters. Wright and Thorpe sat with the policeman who explained that he was absolutely helpless and could not move his hands. So they removed his helmet from his face so he could breathe easier and before long the place was crowded with emergency personnel.

"Lots of police came and mi and the other brethren decide say we a stay and make sure say dem deal with him irie. We did have to know say dis man alright," Wright said. They were lauded by members of the security forces and the public for their act of kindness. Wright has not seen the officer since that morning but has been reliably informed that he is making a slow but steady recovery.

"Mi always a ask the police dem how di brethren doing and so on and dem always tell mi say him okay but him not where him should be. Dem say is like him can't stand up yet because round him back end cripple. Mi tell dem say mi would want to go look for him one day and dem give mi the assurance say dem a go take me to him one day," he said.

In March, the St Catherine South police charged 22-year-old Javon Marshall, otherwise called 'Eli', of Caribbean Estate in the parish with wounding with intent, robbery with aggravation, illegal possession of a firearm and ammunition and conspiracy to commit robbery in relation to the incident.