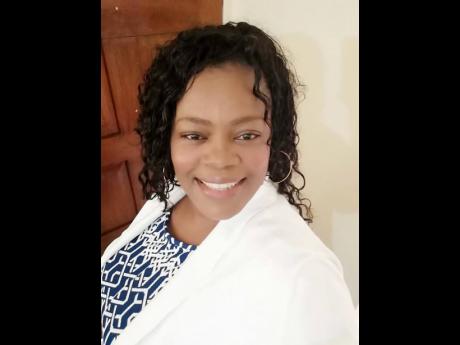 Her sermons are raw, radical and controversial but Shannona Brown is unapologetic about her style of delivering the Lord's word via TikTok, where she is known as the Thussaiththelordpreacher.

In a recent sermon, the 37-year-old St Ann-based pastor implored women to satisfy their husbands' sexual appetites, even encouraging them to do the doggy style position. Brown told THE STAR that she will not mince words to satisfy those who are opposed to her unorthodox way of preaching, which she has been doing onliny since 2016.

"If people hate me for doing the word and will of God, then no problem. A lot of these leaders will not stand up and do what I do because they don't want to be hated or lose their followers. But once you decide to do God's work, then you are going to be hated by mankind," she declared. Sex education has long been a tricky subject in the church, since many leaders insist that sex is a private matter between husband and wife. However, Brown is convinced that relationships and marriages usually break down after one partner gets baptised or starts going to church and becomes chaste and prudish in their approach to sex. Even certain sexual styles and positions which had brought them much pleasure are now seen as taboo.

Brown explained that this puts a major strain on all facets of the relationship. In defending her stance, she cited the case of the first two humans the Bible said God created.

"Adam was lonely and God created Eve for him. It is not sex alone but a woman needs to comfort her man," she said. Brown even told her congregation that is was quite okay to use the word f**k during sexual intercourse, confessing that she usually gets explicit during her bedroom activities. She said God planned for man and woman to thoroughly enjoy each other and many people are losing out.

"A lot of persons who are in ministry now do not have the same quality sex life they had before they became a Christian. I did a topic about bringing back the fire in the bedroom and a lot of persons reached out and said I should do another sermon on the same topic. A lot of persons make it look like being spicy in the bedroom is a sin against God but it is not," she argued. Brown said a holier-than-though attitude of many Christians goes against the reality of the unfettered freedom that should prevail in the privacy and sanctity of the marital bed.