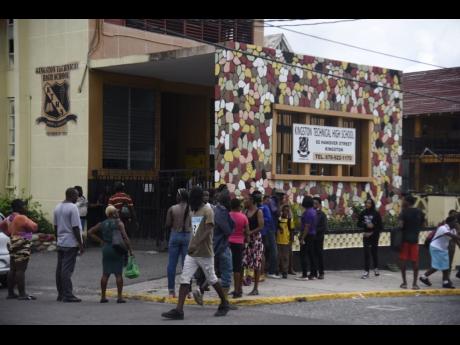 The 17-year-old Kingston Technical High school student who was taken into custody for the stabbing death of her school mate, Michion Campbell has been charged with murder.

She was charged this afternoon following a question and answer session at the South Camp Remand and Correctional Centre where she is being held.

The teenager is being represented by attorney Kymberli Whittaker.

“She is understandably devastated at the turn of events,” Whittaker told The STAR.

She will appear before the criminal court on Friday at 10:00 a.m to answer to the charges.

“The matter is not as clear cut as it seems. On Friday when it goes before the court, there are some legal issues that will come up, then we’ll have an understanding of the statements that are before the courts,” Whittaker explained.