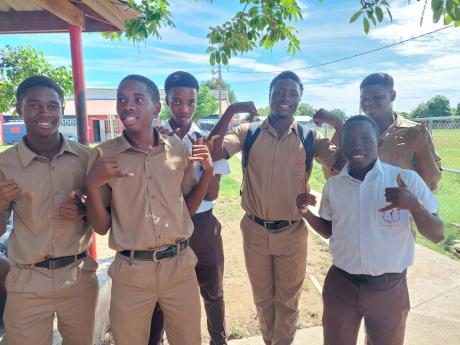 Mozein (third right) with his schoolmates. 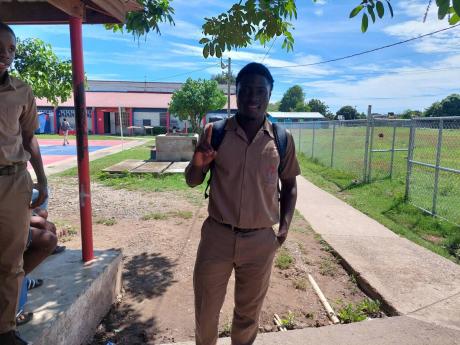 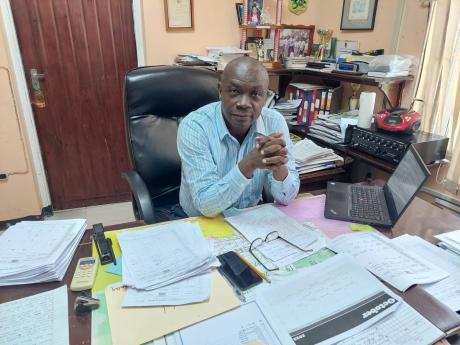 At first glance one could not tell that Mozein Sutherland, the quiet teenager who was on his way to math class at Camperdown High School, was both a star footballer and 2022 Digicel Rising Stars winner.

He inspected his uniform and cracked a smile as he walked into the principal's office for an interview. He said the new-found fame has not got to his head.

"I am a student first, everything remains the same. My colleagues and teachers are happy for me and I am thankful and am flooding with emotions right now," he said.

Sutherland, 17, is an attacking midfielder and last represented the institution during last Friday's win over Wolmer's Boys' School. Sutherland said he had to develop proper time management to balance his academics, football and to campaign for Rising Stars.

"It was challenging but I had to do it. You cannot do football and music and don't focus on education, because in both fields a good education is required if you really want to be successful. After school it's usually football training and after training, it's time for campaign. I love both football and music so I can't really choose. I want to be successful in both," Sutherland said.

"I have an uncle who was a musician and he really inspired me too. I don't think members of my community knew before Rising Stars that I could sing, as I was always humming. I am very shy," he said. "I have, however, always wanted to be on Rising Stars because as a R&B and reggae artiste, it is really hard for you to do your genre here. But it was really about the exposure. Early last year I realised that I had grown in terms of my vocals. So when I heard that they were having virtual auditions, I entered because I kept saying that it was my year," Sutherland added. Although he now has $1.5 million to his name, Sutherland said he has his eyes set on his academics.

"I wouldn't say my grades are perfect but they are okay. I will be doing at least six subjects in CSEC [Caribbean Secondary Education Certificate exams] so that is my focus right now. I have songs written so I plan to have them released soon. We have a little time before this all blows off, so I will use the opportunity now to release those songs and from there we will see what happens," Sutherland said.

Valentine Bailey, Camperdown's principal, smiled from ear to ear before stating that he was extremely proud of his pupil.

"He is one of the decent ones you could find and I didn't even know that he could sing. I heard him once but I thought he was just trying a thing. I am happy for him and we just need to keep him focused in terms of CSEC exams as we want him to do well in that too. The school is proud and a lot of Camperdown past students are smiling now. I didn't watch the show as I didn't want to jinx him, but when my wife told me that he won, I smiled," Bailey said.