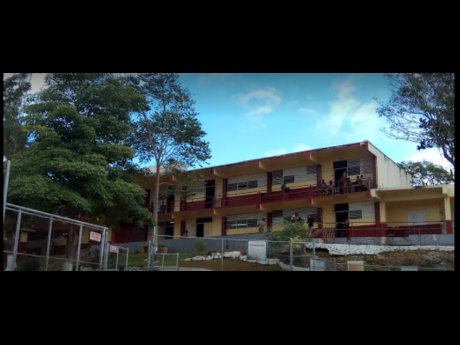 Principal of the Bellefield High School in Manchester, Paul Grant, is rejecting claims that some members of his student body were victims of a demonic attack on Friday.

In an interview with The STAR, Grant said that what actually occurred was that 10 kids, the bulk of whom were from the fifth form block, suffered panic attacks.

Of that total, three students fainted.

The incident occurred at approximately 9:05 a.m. while classes were in-session.

He continued that one student had communicated that she did not have breakfast that morning.

“Based on our understanding, it would have been a panic attack. We did not see anybody attacked, frothing from the mouth, eyes rolling over. They were just weak. They were hot,” he explained.

Grant further clarified that the fifth form block was built from containers which tended to retain heat.

He said that the school nurse, the Dean of discipline, a few other teachers and the guidance counsellor along with himself assisted the students using the two medical stretchers owned by the school to bring the students to the sick bay.

Grant said that the incident was random and that he also suspects that the stresses of finalising School Based-Assessments (SBAs) could have caused the panic attacks.

Although there was no early dismissal because classes resumed as usual, five of the parents who were contacted had collected their children.