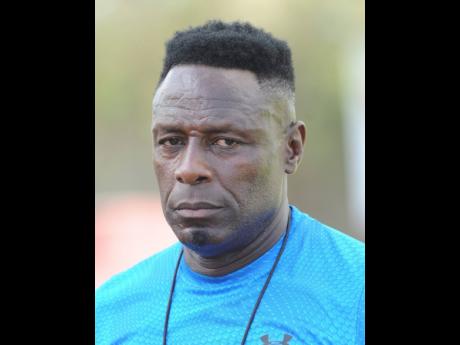 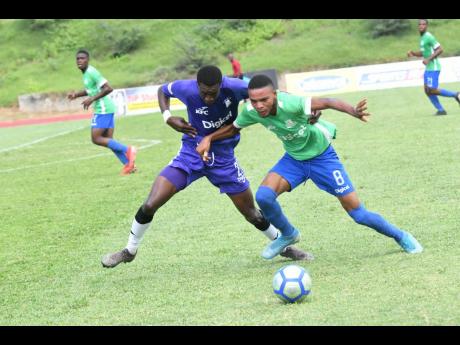 Jevoun Shepherd (right) of Vauxhall tries to keep possession of the ball under pressure from Tyreese Williams of Kingston College at the first-leg second-round ISSA/Digicel Manning Cup match between Vauxhall and KC at the Stadium East, October 23, 2019.
1
2

After playing their third game in four days on Saturday, Jerome Waite, coach of Charlie Smith High School hit out to ISSA for their handling of a hectic schedule of the 2019 Schoolboy football season.

Charlie Smith was eliminated from the ISSA Champions Cup last Saturday after going down 1-0 to Cornwall College (CC). The Trench Town-based school was also yesterday booted from the Manning Cup when they went down 4-0 to Camperdown High, which followed last Thursday’s 5-0 defeat to defending champions Kingston College.

“At no level this will happen because all over the world no teams play two games within 72 hours. It is important that you think about the health of the youngsters. It can’t be about sponsors and the hype, it must be in the best interest of the youngsters,” Waite said, who is also the assistant coach of the senior Reggae Boyz.

“I have to give the team credit, they did really well. The goal was scored in time added on. The goalkeeper, Tuishane Edwards was outstanding right throughout in a game that Cornwall really dominated. You know when you play a game two days before and then travel the following day to come down here on a field that the grass is very, very high will create a problem,” he added after Saturday’s loss to CC.

“Of course, you have to take the health of the boys in mind, it should be about that first and foremost. I don’t know what ISSA can do. They probably will have to look at letting the competition run deeper into December so the boys can get more rest in between games, especially with the Champions Cup as part of the fixtures,” said Barrett, who was captain and goalkeeper for the 1998 World Cup qualifying Reggae Boyz squad.