Simmons’ Windies off to winning start 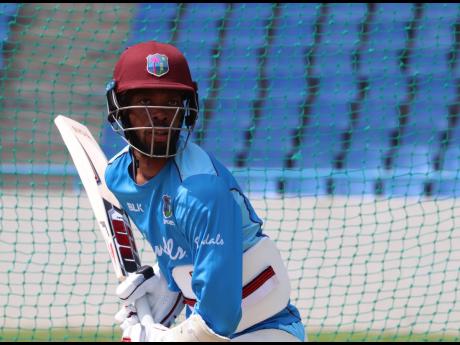 Phil Simmons' second stint as head coach of the Windies got off to a fine start with a seven-wicket victory over Afghanistan in the opening match of the three-match series here yesterday. Roston Chase narrowly missed out on three figures, while Shai Hope kept up his heavy scoring in one-day internationals (ODI) with another half-century to lead the regional side's charge.

Asked to chase a modest 195 at the Atal Bihari Vajpayee Stadium, Chase carved out a polished 94 and Hope, an unbeaten 77, to guide the Windies to their third win in seven ODIs against the Afghan side.

The Windies were tottering on 25 for two in the eighth over at one stage before Chase and Hope came together in a third-wicket stand worth 163, to erase any doubt over the result.

Chase played positively from the outset to hit 11 fours in 115 balls at the crease, while Hope emerged from an uncertain start especially against off-spinner Mujeeb-ur-Rahman to lash five fours in 133 deliveries.

Right-hander Chase looked poised for his maiden ODI hundred but missed a pull at one from Mujeeb and was bowled in the 44th over, with just seven runs required for victory.

Hope was the first to his landmark at the end of the 27th over, raising his 14th half-century by working Rashid Khan to the ropes for his fourth boundary.

Chase, meanwhile, reached his half-century - only his second in ODIs - at the end of the 31st over when he cut Naveen to point for his fifth four.

The Windies will face Afghanistan in the second ODI at the same venue on Saturday.

Mujeeb Ur Rahman not out 0

N Pooran not out 8