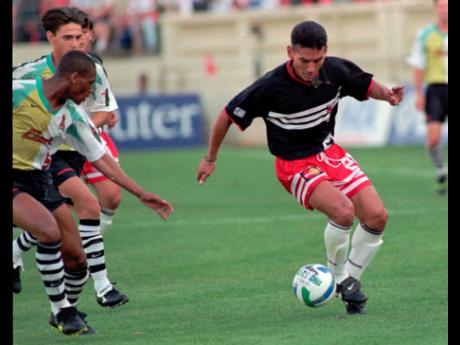 MLS was supposed to be celebrating its 25th year, but for now it remains a quiet milestone amid the coronavirus pandemic. Today marks the anniversary of the league's first game, when the San Jose Clash hosted D.C. United at Spartan Stadium before 31,000 fans.

The league has overcome crisis before, like in 2002 when the MLS contracted by two teams and its future was in doubt. But nothing quite like this.

"I think one of the saving graces that we have is that last year we shaved off a month of our season on the back end. And so now we have that back end to kind of help us. So I actually think that it's feasible," Vermes said. "I believe that we'll get through this and have our season and all those things will come together."

Teams were just two games into the season when play was suspended because of the new coronavirus.

The shutdown came at what otherwise would have been a high point.

Nashville and Miami joined the league this season, bringing the number of clubs to 26, with four more on the way in coming years. Inter Miami, David Beckham's team, was preparing for its home opener when the delay took effect.

Multiple league sources told The Associated Press last week that the preference is to still play a 34-game season - with fans in attendance. However, that possibility grew dimmer with the US. government's recommendation to extend social distancing guidelines to April 30.

Among the options available is returning to the league's old calendar, which extended into December. The league shortened the season last year, in part by eliminating two-legged playoffs.

Another option is eliminating some non-league matches, like the expanded Leagues Cup competition with Liga MX teams.

Players are currently "in market" with their teams until at least April 24. The season is officially on hold until a target date of May 10, although that now appears unrealistic. One MLS player has tested positive for the virus, a Philadelphia Union player who had mild symptoms.