I knew nothing, says Russell 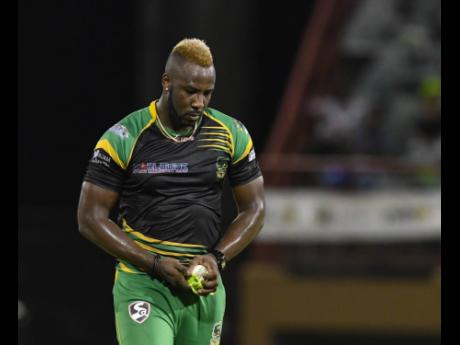 The ongoing saga involving the Caribbean Premier League franchise Jamaica Tallawahs intensified over the past 24 hours as star player and former captain Andre Russell has also taken to social media to air his views on the matter.

Following up on the YouTube rant from Chris Gayle on Monday, Russell took to his personal Instagram live on the eve of his birthday to shed some light on the departure of Gayle and the problems created because of the lack of communication from the Tallawahs management. In a three-part series of YouTube videos, Gayle accused assistant coach Ramnaresh Sarwan of having a big part to play in the Tallawahs releasing him from the squad. In a statement yesterday, however, the Jamaica Tallawahs management said the decision not to retain Gayle was made collectively by the ownership and management team, which did not include Sarwan and which was based purely on business and cricketing reasons.

Russell, who turned 32 yesterday, said he knew nothing about Gayle leaving the Tallawahs, and he only got wind of the development when Gayle sent him a copy of a report in The Gleaner that suggested that the Universe Boss was not going to be retained.

"Up to now I don't know what is going on in the Jamaica Tallawahs team. The same morning when Chris sent me the article, I called him back immediately and I said to him that the only thing I heard was that Floyd Reifer was potentially going to be the coach," said Russell.

Russell added that he had had zero communication with the Tallawahs management and that his agent was the one that received information from the franchise about his latest contract.

Russell, who captained the Tallawahs team in 2018, said that since the new owners took over the franchise, things have been different and that how they dealt with the Gayle situation had nothing to do with cricket, and it was more personal.

Russell says he has always been loyal to the Jamaica Tallawahs franchise, and he has taken many pay cuts to stay with the team and play in front of his home crowd.

The hard-hitting right-hander said that last season, he felt marginalised and disrespected by the franchise, and the lack of correspondence from the Tallawahs management has given him second thoughts where his future commitment is concerned.

"This is the weirdest franchise I have ever played in. I think this might be my last season for the Jamaica Tallawahs as well. I have another year's contract with the Tallawahs, and I am going to play and try and win because that's all I play for. I think another franchise that has been coming last and fifth and fourth in CPL will appreciate me more. I am not getting it here," added Russell.