‘I want to be better than my dad’ 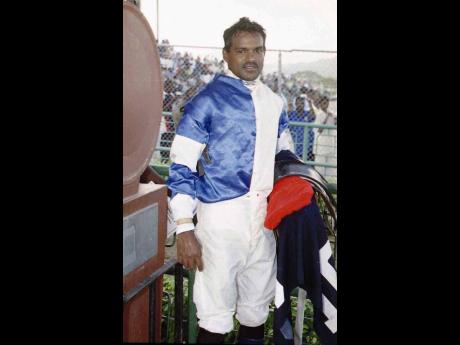 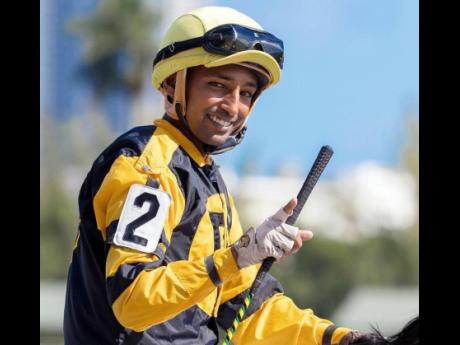 All over the world, there are millions of children who want to follow in their parents’ footsteps when they grow up.

Andre Ramgeet, the son of one of the greatest jockeys to have ever ridden at Caymanas Park, Andrew ‘Narry’ Ramgeet, is trying to make his name in the sport while facing the pressure of his father’s success. The older Ramgeet won more than 1,300 races at Caymanas Park and was crowned champion jockey on three occasions. He has also ridden more than 1,000 winners in the United States.

Born and raised in Florida where he currently rides at Gulfstream Park, the now 29-year-old Andre, who started riding seven years ago, is keen on making a mark in a sport in which his dad gained a cultlike status back in the 1980s, ‘90s and beyond, following many Derby and Superstakes wins with the likes of outstanding horses such as WAR ZONE, RESTLESS BABE, GOOD PROSPECT and MENUDO.

To this day, Andrew Ramgeet is the only jockey at Caymanas Park to win eight races on a card, a feat he achieved back in 1993.

With only 1,300 career starts and 118 wins to his name to date, the young Ramgeet is far away from emulating his father’s successes; however, the eldest of the Ramgeet clan is adamant that one day he will achieve those heights.

“I want to be better than my dad. He was the one that got me into racing and he has taught me everything I know. I know once I keep working hard everything will pay off in the end,” said Andre.

Through his father’s connections, the young Ramgeet has gained a lot of experience across the United States, riding in Illinois, Louisiana, Arizona and Colorado, to name a few.

After picking up a horrible injury back in 2013 when he fell and broke his shoulder, Andre is keen on putting those memories behind him as he hopes to make his wife and three children proud.

“I am hoping to get my big break soon. I have only ridden in two grade three races at Gulfstream, but as things improve I know I will get more mounts.”

With the coronavirus pandemic hampering the horse racing industry worldwide, Andre has been limited to only 15 starts this year. One of his biggest dreams is to ride in the land of his father’s birth.

“I would love to come down and ride a couple of times in Jamaica. The last time I visited was about 15 years ago, and I would love to take my wife and kids,” added Andre.