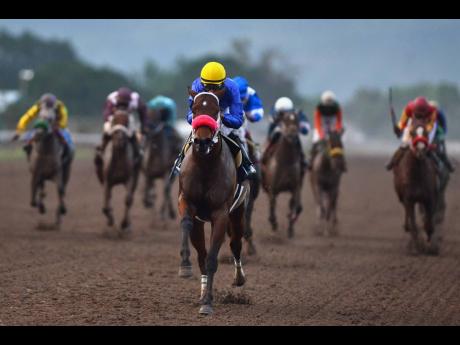 UNIVERSAL BOSS, ridden by Simon Husbands, on his way to victory at Caymanas Park, St Catherine, on Saturday, February 8. 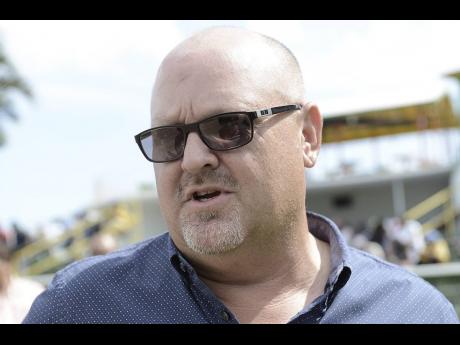 Last season's champion racehorse trainer Anthony Nunes is 'itching in the saddle' for local racing to get going at Caymanas Park once again, with a tentative restart date set for June 16.

Nunes is one of many stakeholders who are eager for the resumption of racing after the indefinite suspension of the industry on March 21. This was as the Government implemented the Disaster Risk Aanagement Act to stop the spread of COVID-19.

It has been almost three months since Nunes last witnessed one of his winning charges crossing the post at Caymanas Park when UNIVERSAL BOSS, ridden by Simon Husbands, beat the 10-horse field in the fifth race.

With 73 horses under his condition at his barn, Nunes is keen to continue his good 2020 form, where he leads the trainer's standings with close to $14 million in stakes.

"We are eager and ready for racing to resume," Nunes said. "Training has been going well so far. As we speak, I am in the process of writing some programmes for my horses.

"Thankfully, everybody is doing well, and so we are awaiting dates and distances of races and types of races so that we can choose the horses and put in the final programme towards individual races."

Despite holding a $5-million stakes lead over nearest rival Wayne DaCosta, Nunes believes that the playing field will be levelled when racing is resumed.

"It's a fresh start for everybody, and there is no advantage," he said. "I have nice horses just like Mr DaCosta and Mr Parsard, so we will be competing against them.

"The only real advantage the pandemic has brought on is for the horses who may have needed some time off due to illness or injury, and it allows us to get them healthy without them losing any race time."

Nunes was one of the stakeholders who pressed for racing to be resumed as he believes that the sport can offer more than just competition in what has been a difficult economic time for many.

"As human beings, sport is very important when you have a crisis such as what we are facing," he said. "Whether it be horse racing or football without people in the stands, at least people can watch on television and take their minds off the unpleasant situation which a lot of us are in.

"I think racing has a part to play in society as well."