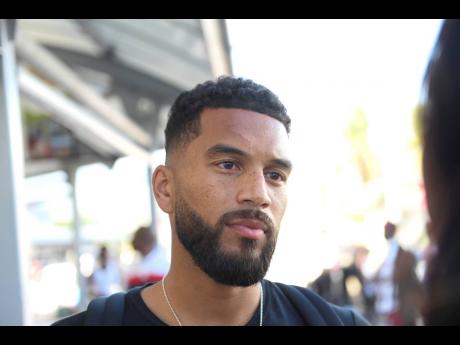 General secretary of the Jamaica Football Federation (JFF), Dalton Wint, says the local governing body will offer its support to national defender Adrian Mariappa after it was revealed yesterday that the Watford FC player had tested positive for COVID-19.

"It is shocking and it is news that we wouldn't want to be receiving at this time," said Wint.

"It is a health issue and it is unfortunate and I hope that he recovers very quickly," he said. "It is sad, but we continue to look forward to the services of United Kingdom-based Mariappa for the upcoming campaign and I know his club is looking forward to him helping them to remain out of the relegation zone in the English Premier League," Wint said.

"Through our manager (Roy Simpson) we will be reaching out to him and to ensure that we are there to support him in whatever way we can," he said.

Watford are just outside the relegation zone of the English Premier League. They were in 17th spot on 27 points when the competition was suspended in early March because of the coronavirus pandemic.

The club confirmed on Tuesday that three members of their footballing operation, including one player and two staff members had tested positive for COVID-19.

Wint underlined that players must adhere to the rules and guidelines that have been set out by their respective organisations in order to avoid contracting the deadly virus.

"Please continue to respect what is said about social distancing and try to keep yourself as safe as possible and ensure that you do the right thing and try to minimise the contacts that you make," Wint said. We are here to support you if you do come down with the disease and whatever we can do to assist we will," he said.

Meanwhile, the 33-year-old Mariappa said he was very surprised by the positive test.

"It was a big surprise because I haven't really left the house," the British-based Mariappa told the told the Telegraph newspaper.

"Apart from some exercise and the odd walk with the kids, I've mainly just been homeschooling and keeping fit," he said. "My lifestyle is very quiet, certainly no parties or going out or anything, so I really don't know how I got it." Marriapa has made 49 appearances for the Reggae Boyz since making his debut in 2012 for the national side. The United Kingdom is among the countries hardest hit by COVID-19. Up to yesterday more than 248,000 persons had tested positive for the virus. There have been 35,700 deaths.