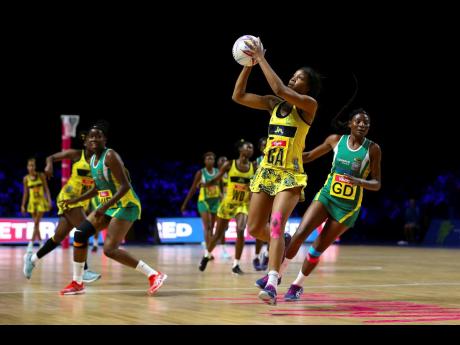 As Sunshine Girls head coach Connie Francis continues her rebuilding of the senior netball team, her intention is to also help transition some of the current under-21 players into the senior team framework.

The former national player has so far identified six players from the group she thinks are good enough to be part of the senior set-up.

"I am always looking forward to have some fresh blood in our (senior) squad, so we mix it with the U21s that are looking forward to the (U21) World Youth Cup (Fiji) next year. The youths are our future and it's not about one team, it's about netball in Jamaica, so every time we get an opportunity to go out we want to send the best and also expose the young ones. They are the future and I want to see more of them get an opportunity to come forward and make our team," she said.

She noted that former Gaynstead High School standout defender, Latanya Wilson, is leading the way in that regard for her U21 peers. "There are about six of them who have the ability to make the senior team. Latanya (Wilson) is already a very good player and the sky's the limit for her. She is playing in England and is also looking to keep her place on the national team. She has been doing the work and she is getting the results, so she can get the position. But I really want to bring in some newer players and I would like to give all the players their opportunity," she stated.

She added that the suspension of domestic competitions has affected the young, progressing players adversely, and she is hoping for a speedy restart to local competitions.

"We have the club leagues, the elite league and school league, so there were various competitions that we were involved in. So it (COVID-19) has hindered netball on a whole. I was looking to see the elite league because that is where you see the talent come through, but we just have to move on.

"We are taking it one step at a time, but for all those who didn't get an opportunity to play (this year) it has dampened their spirits, especially in the club leagues, because we have a lot of young players in the junior and JNA leagues looking to continue their development. So as soon as Government gives us the clearance we hope to be back out on the court," she added.