Rowley optimistic over CPL but warns of challenges 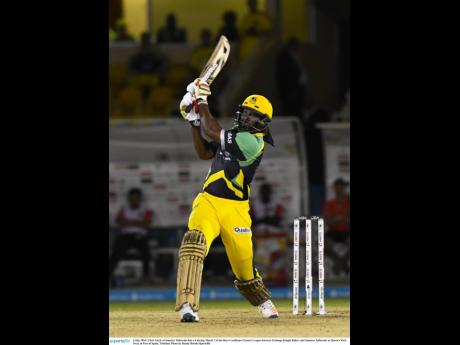 Trinidad and Tobago's Prime Minister Dr Keith Rowley said he was "cautiously optimistic" that the entire six-week Caribbean Premier League (CPL) could be staged here later this year but cautioned that the tournament would have to align with the country's existing COVID-19 protocols, especially since it would involve "serious logistical arrangements".

Media reports here this week suggested CPL organisers were exploring the possibility of staging all 34 matches of the 2020 edition of the popular Twenty20 tournament between Queen's Park Oval and the Brian Lara Stadium.

Rowley said there had been no discussions with CPL officials as yet but once there was contact made, any planning to host the tournament would take place under guidance from the country's chief medical officer (CMO).

"We don't have a proper handle yet but we are cautiously optimistic if the CPL authorities would like to host the tournament in Trinidad," Rowley said here Saturday.

"We have heard from unofficial sources that there are conversations that a tournament, all components of it, they're looking to have it in Trinidad.

"If that comes to us from official sources, we've cleared the pathway for that conversation and we would facilitate as we are able to, under the confines of the CMO's guidance.

"So we would be happy to host it within the confines of what we do here, but there are some serious logistical arrangements because we will want to preserve our environment, and that tournament will involve a number of persons coming into Trinidad and Tobago."

He added: "A tournament in Trinidad and Tobago involving the teams of CPL with players coming from all over the world or all over the region, that creates a more complex arrangement because if they're coming from areas where there are problems, and right now virtually everywhere in the world has problems.

"We have to be careful ... but we want to look at it (staging CPL) positively, and we will. But as of now, we don't have formal requests to do that."