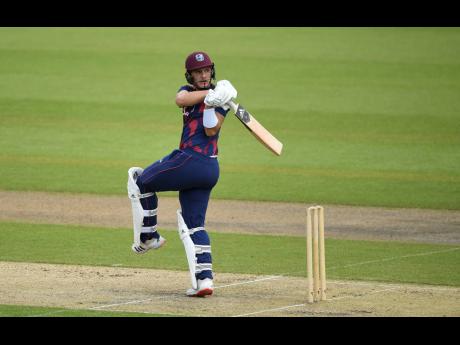 Reserve Joshua Da Silva shone with a sparkling unbeaten hundred, while speedster Shannon Gabriel reiterated his fitness with a three-wicket haul but concern remained over West Indies' frontline batting after an indifferent display on the third day of their four-day 'inter-squad' warm-up match yesterday.

The 22-year-old Da Silva stroked 133 not out as Jason Holder's XI were dismissed for 272 in their first innings after resuming the day at Old Trafford on 120 for five.

Unbeaten overnight on 60, Da Silva struck 17 fours off 248 deliveries in a shade over six hours at the crease.

He dominated a 71-run sixth-wicket partnership with Raymon Reifer who made 22, and put on a further 77 for the seventh wicket with Alzarri Joseph who struck a cameo 38 off 36 balls with five fours and a six.

Left-arm seamer Preston McSween snatched the last three wickets to fall to end with three for 28.

In reply, Kraigg Brathwaite's XI laboured to 112 for seven with only reserve batsman Kyle Mayers, with a robust unbeaten 40 from 37 balls, showing any enterprise.

In fact, the left-hander was the only batsman to pass 20 as Brathwaite perished cheaply for three and opening partner John Campbell managed four.