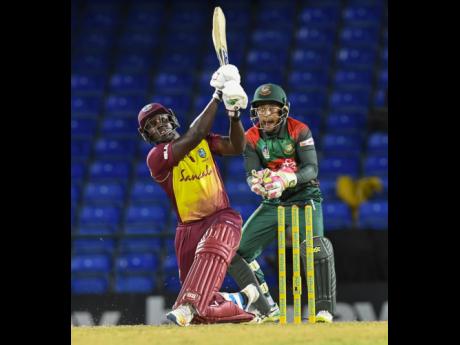 With regular captain Kieron Pollard opting out of the upcoming tour of Bangladesh, the West Indies selectors have opted to go with Trinidadian Jason Mohammed to lead the One-Day International (ODI) team instead of Jamaican Rovman Powell, who captained the regional side on their tour of Bangladesh in 2018.

The teams for the three ODI's and two Test matches were announced yesterday with Mohammed named as the One Day International (ODI) captain, and Kraigg Brathwaite the Test captain in the absence of Jason Holder, who also opted out of the tour.

The selection of Mohammed as captain has come as a bit of a surprise, with the Trinidadian right-hander last representing the West Indies in July 2018. Mohammed, however, has some captaincy experience, as he led the West Indies in the series against Pakistan in April 2018, where the team lost all three matches.

Powell was the man at the helm when the West Indies toured Bangladesh during the One Day International (ODI) series in 2018, where they went down 2-1.

For Harper, the regional experience of Mohammed was one of the key factors in the decision.

"We thought with a team of this nature, where there are several young players and a lot of the regulars absent, we needed someone with a little more experience, someone who would be able to guide and nurture the young fellows on a tour like this," said Harper.

The lead selector went on to add that Powell needed to work on his game.

"While we appreciate the fact that Rovman is in the squad, we think that he needs to focus a little more on getting his game to the sort of standard we know he is capable of delivering ," added Harper.

In the meantime, Powell will be joined in the ODI squad by fellow Jamaicans Nkrumah Bonner and Andre McCarthy, who will be making his debut ODI tour with the regional side.

Opener John Campbell and Jermaine Blackwood are the other Jamaicans in the Test squad.

The West Indies touring party are due to arrive in Dhaka on January 10 and the series will run until February 15. West Indies are scheduled to play three ODIs and two Tests in Chattogram and Dhaka in a shortened tour.