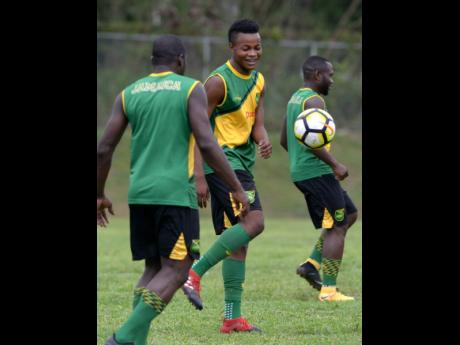 Forward Justin McMaster (Wake Forest Univerisity), goalkeeper Jahmali Waite (University of Connecticut), and defender Javain Brown (University of South Florida) are among the 176 eligible players available for selection, which will be held virtually this year because of the coronavirus pandemic.

Although he was born in Pennsylvania, McMaster represented Jamaica in the Concacaf Under-15 and Under-17 Championships in 2013 and 2015, respectively, and was a member of the Philadelphia Union academy. In his four seasons at Wake Forest, he scored 12 goals and registered seven assists. His sophomore season was his best statistically, as he scored six goals and registered four assists.

Brown's road to the 2021 MLS SuperDraft started at Kingston College but he also spent two years at Harbour View before being recruited by the University of South Florida (USF) in 2018. While he did not participate in his first year of eligibility because he was red-shirted, he made a big impact in his sophomore year in 2019, helping to marshal a backline that only allowed 1.26 goals per game that year, making the First Team All- American Athletic Conference (AAC) as well as the AAC All-Rookie team. He represented Jamaica in the 2019 Pan American Games in Lima, Peru.

Waite recently transferred to the University of Connecticut (UConn) from Fairleigh Dickson University, where he was named to the Northeastern Conference (NEC) All-Rookie team in 2017 and the All-NEC team in 2018.

Players who are selected for the draft will report to their respective teams for preseason or have the option of joining them in May when their spring schedules have concluded.

National midfielder Peter-Lee Vassell was the last Jamaican player drafted when he was selected by Los Angeles Football Club in 2019.