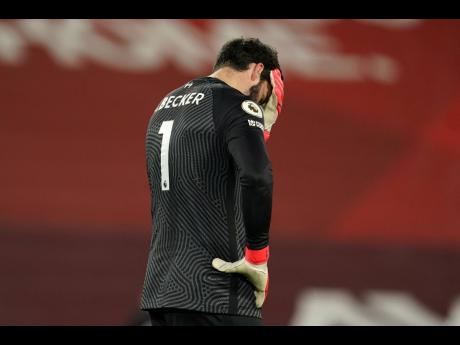 The father of Liverpool goalkeeper Alisson Becker has died suddenly in Brazil, with club's past and present members offering condolences.

Jose Agostinho Becker, who was 57, drowned after going for a swim on Wednesday on his property in the southern city of Lavras do Sul, Globo and other Brazilian media reported. Local police confirmed the body of a man was found on Wednesday night.

"We are deeply saddened by the tragic death of Alisson Becker's father, Jose, in Brazil on Wednesday," Liverpool wrote on Twitter. "The thoughts of everybody at the club are with Alisson Becker and the Becker family at this incredibly sad and difficult time."

Alisson's brother, Muriel, is a goalkeeper at Fluminense, which also tweeted its sorrow. Internacional, where both Alisson and Muriel played, tweeted its sadness and offered strength to the family.

The 28-year-old Alisson played at Internacional from 2013-16 then joined Roma. He left Roma after two seasons to join Liverpool.

Alisson, who was Brazil's goalie in the 2018 World Cup, has won the Champions League and English Premier League with Liverpool.