Oshane Thomas pushing through adversities to the top 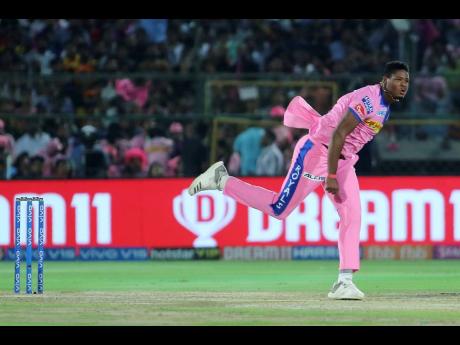 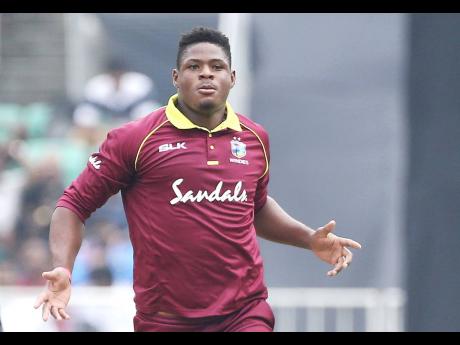 He is one of the West Indies beaming new prospects who pundits expect to go on to great things, once he rediscovers his form.

Fast bowler Oshane Thomas, who grew up in the violence-riddled parish of Clarendon, is proving that one's path in life can be altered with the right mindset, attitude and environment.

A product of Garvey Maceo High School, the languid pacer had to overcome tragedy early in his life. At just 10 years old, his older brother was cut down by a hail of bullets by thugs, in what was a case of mistaken identity during a gang war in the Water Lane community.

Determined not to be caught up in the barbarism, Thomas set his sights on becoming the best he could be at the sport he loved dearly, cricket.

It was his high-school coach at the time, Derrick 'Foodie' Azan, who nurtured and moulded Oshane's early career. It was Azan who recommended the young Thomas to now mentor and manager Mark Neita at Melbourne CC in Kingston, and as they say, the rest is history.

Oshane moved to Kingston at 16 years old, and up until his first call-up to the West Indies team, was still living at the hostel facility at Melbourne.

Now with 20 One-Day and 15 T20 Internationals under his belt for the West Indies and 45 international wickets in tow, the 24-year-old Thomas, according to Neita, is still yet to fulfil his true potential.

"We are very proud of Oshane, he has a very unique, humble personality. We hope that with continued work and development he will be a permanent fixture in the West Indies team and go on to bigger and better things," said Neita.

Thomas was recently with the Jamaica Scorpions team during the ongoing Regional Super50 Cup, but a back injury limited him to just one game and has since sidelined the tall pacer.

Neita believes Thomas will have to put in even more work to come back stronger than before.

"Oshane still has a very far way to go in terms of his development, and he will need to work harder than he has ever worked before because the competition is increasing."

The sky is still the limit for the gentle giant, who one day aspires to be among the legends of great West Indies fast bowlers.