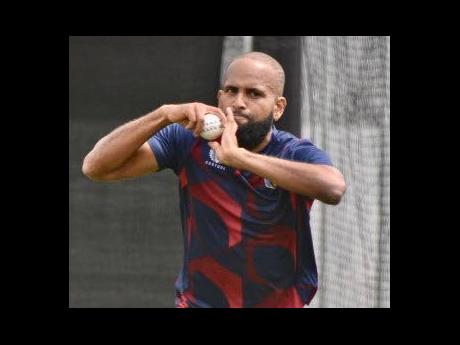 Surprise Twenty20 (T20) World Cup pick Yannic Cariah says he is focused on adapting to the new conditions on his first international tour with West Indies.

The 30-year-old leg-spinning all-rounder was a shock inclusion in the 15-man squad for the October 16-November 13 tournament, having never featured in an international T20 and last turning out in a Caribbean Premier League fixture six years ago.

Cariah, however, played three One-Day Internationals (ODI) in August against New Zealand, scoring 52 in his second innings, and said the knock had been key in building his confidence.

"The way I performed against New Zealand gave me confidence. Now we're here in Australia ... this is my first time playing here ...," the Trinidadian said.

"First, I want to get used to the conditions as we are a long way from home and then maintain my processes and look to perform on the big stage.

"I was doing a lot of fitness work at home and sharpening up my skills. I have played a lot of cricket with many members of the team, so I've fitted in quite well."

Cariah is one of two uncapped players on tour, left-arm fast bowling all-rounder Raymon Reifer the other. The pair are surrounded by several experienced players with selectors recalling opener Evin Lewis after nearly a year and Johnson Charles after nearly seven years.

"I'm feeling really great to be in the group for the upcoming series (against Australia) as well as the T20 World Cup to follow," Cariah said.

"We touched down and the work has started. It is a great honour to represent the people of the region at any level. I'm here and ready to go ... any challenges, I'm ready for it."