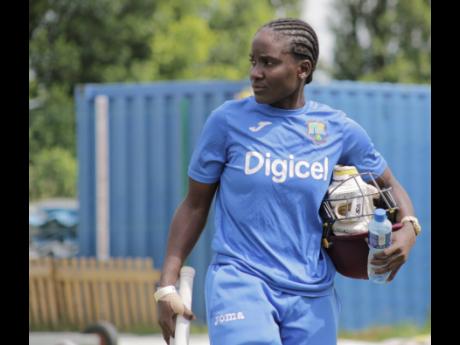 Chasing an imposing target of 308 for victory, the regional women could only manage to get to 165 in 40.3 overs, despite 39 from Kycia Knight and 34 apiece from captain Hayley Matthews and Jamaican Rashada Williams.

Another Jamaican Chedean nation chipped in with 17, however, the Windies could not recover after being 140 for five in the 33rd over.

Off-spinner Charlie Dean did the brunt of the damage for England Women, bagging four wickets for 35 runs from her nine overs.

Earlier, Jamaican seamer Chinelle Henry took three wickets for 59 runs in her 10 overs in the England innings, which was led by a brilliant 90 from 96 balls from Nat Sciver.

Sciver hit nine fours while sharing in a 103-run fifth-wicket stand with Danni Wyatt who made 68 from 60 balls, with four fours and three sixes.

Leg-spinner Afy Fletcher chipped in with two wickets for 66 runs.

The teams will go at it again in the second ODI tomorrow at the same venue.