Babyfather wants to marry me when he gets divorced 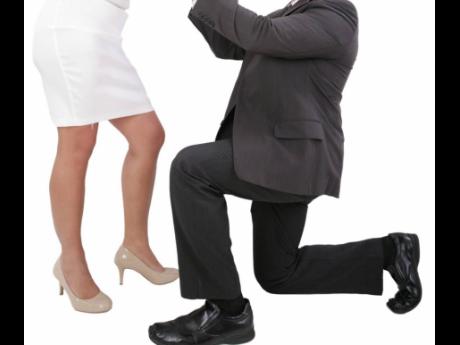 I listen to your show every night. I have tried to call you but can't get through. I don't have the courage to tell you everything. Perhaps, one day I will. I am in my 30s and I have a child. When I got pregnant, it was a big mistake because the man I was involved with was married and I did not know. He did not tell me that he was married. But we have a beautiful daughter. Now, this man and his wife are not doing well. Their relationship is on its way down and he calls me every night trying to convince me to resume our love affair. Many people will not believe that it has been 10 solid years since I have not had sex.

I got involved in church work when I realised that I was so fooled by my child's father as an educated woman. But I even had to move from where I was living because people were saying that I had taken away this woman's husband. Right now, I do not know what to do, because I would love to get married and this man is pleading with me to marry him as soon as the divorce is finalised. I would like my daughter to grow up with her father. I told this man not to come around until his divorce is finalised but he would like us to get married next year June. What do you think?

I would suggest that you marry this man as soon he receives his divorce absolute. Make sure that both of you go for premarital counselling. You will always remember that he did not tell the truth so you can always see him as a liar. But that does not mean that he will lie all the time. Hash these things out with the counsellor. But marry him as soon as it is possible.