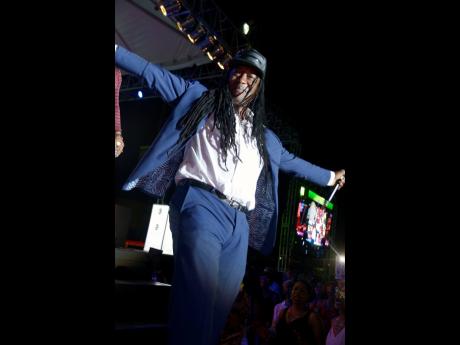 Flourgon in performance at Red Rose for Gregory on Saturday. 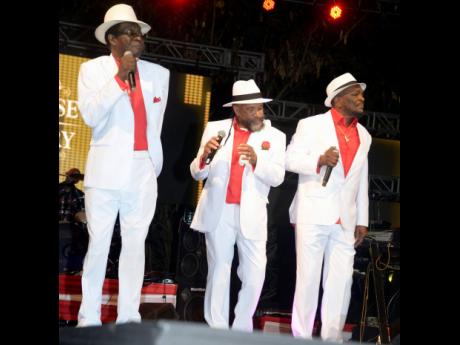 The Melodians at Red Rose for Gregory. 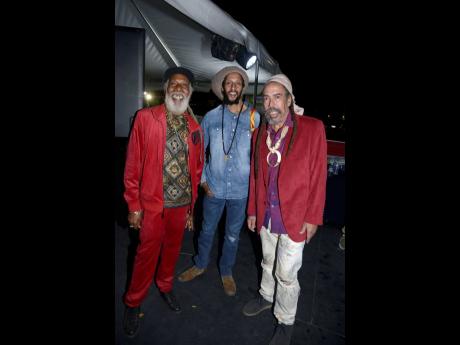 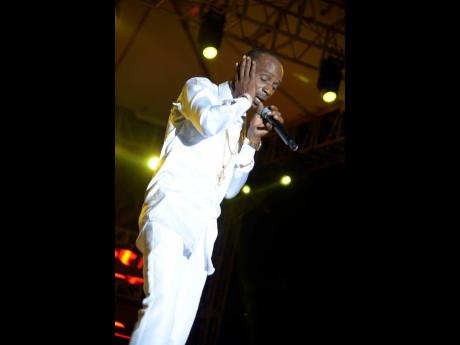 The star of veteran dancehall deejay, Flourgon appears to be in the ascendancy for 2020. Coming from a place of relative obscurity a few years ago, he has already performed on Rebel Salute in January, Reggae Wenesdays last week, and again on Saturday night’s Red Rose to Gregory.

Inside the Liguanea Golf Academy on Saturday, the clock was ticking towards the 2 a.m. cut-off time, when reggae crooner Sanchez paused in the midst of his signature extraordinary performance and called up Flourgon and Daddy Lizard. It certainly wasn’t the first call-up for the night, as Third World, who performed just before Sanchez had invited One Third for a cameo. But this one was different.

Sanchez, Flourgon and Daddy Lizard together on the same stage caused a seismic shift as fans jumped, railed and rubbed their eyes in disbelief at actually being a part of this three-for-the-price-of-one treat.

It was an adult audience in attendance at the ‘sell off’ concert and it took them back to the glory days when singers ruled and would do collars deejays and so created many of today’s classics. It was a hands-in-the-air finale as Flourgon and his ‘bredrens’ did snippets of Run Gal Run, Agony, O le Time Dancing, and dropped punchlines, which kept the capacity audience in a continuous uproar as they showed appreciation.

Interestingly, Flourgon, who quickly shuts down questions about his recent international headline grabbing, big money payday, after winning the copyright lawsuit against American pop star, Miley Cyrus, brought it up on stage on Saturday night. In a burst of exuberance he shouted, while flashing what was surely a million-dollar smile, “Hol’ on, hol’ on! Mek we touch the million-dollar song nuh.”

And just as he did at Reggae Wednesdays, he gave fans a piece of We Run Tings, the song which has changed his fortunes in more ways than one.

Flourgon had let the puss out of the bag when he told THE STAR last Wednesday that he would get a run on the stage courtesy of Sanchez. He also admitted that he has been getting more calls from promoters ever since his windfall.

“I start do more show, because a lot of people are reviewing the work that I have done, and mi nah tell nuh lie, it really open it up. And I am pushing the energy so that people can see it. Mi tek mi thing serious. I make sure mi go to rehearsals and because that is very important, and it paying off. See Tony Kelly (producer) here tonight and him tell me that my voice still sounding good. Him seh ‘Flourgon, we need to get the thing rolling.’ So it’s all good,” he shared with the STAR.

He also disclosed that he has since released two new songs, Enemies and Girl You Got Me Talking.