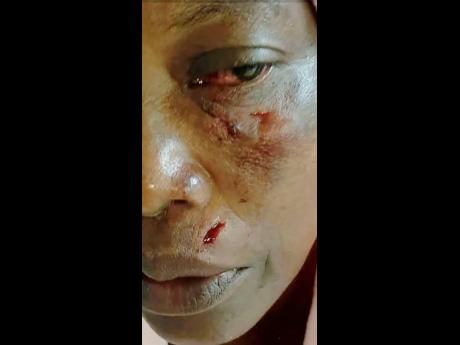 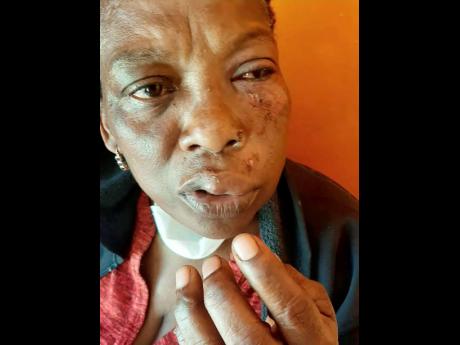 Pauline Williams, a resident of Pimento Hill district, Manchester, is seeking the public's assistance in financing her growing medical bills after she was hit in the eye by a man in her community.

She stated that she was attacked over her own fruit tree on April 7 after she decided to cut a limb.

"I was with my friends picking starapples in my garden. I wasn't able to reach the ones I wanted so I asked my friend to help me. He wasn't able to climb the tree either so we decided to chop the limb because there was a whole lot on it. A man from the community saw that he was chopping the limb and he shouted and asked if we were cutting down the tree. So I told him no and asked what was wrong even if I was cutting it down because is my tree," she said.

Williams said what transpired next was totally unexpected.

"Next thing I know he fling a stone and lick mi fren that was in the tree. So mi bawl out and say mind yuh lick the man outta the tree. By the time mi coulda say that there was a next big stone that connect right in mi left eye and all mi lip burst. Is four stiches I get in it," she said.

Williams said she was taken to a medical facility and discovered that her eye socket had been damaged. Right now she is unable to see from her left eye.

"Some of the nerves are damaged also. I am on medication right now so I am hoping that I will be able to see after they are finished. I am bleeding behind my eyes so I am really not sure if I will regain sight in that eye but I am really hoping for the best," she said.

She stated that she has a series of examinations to undergo, one of which includes a CT scan which costs $32,500.

"I have another test to do but I have to pay for the consultation too and that amounts to $8,000. But I have not paid that money as yet so I don't know exactly how much the other tests will cost. I know times are hard now on everyone so whatever contribution I get I will be more than happy. I really don't want to lose my eye," she said.

The matter was reported to the Mandeville Police Station. THE STAR reached out to the head of The Manchester police, Superintendent Gary Francis for a comment, but calls to his phone went unanswered.