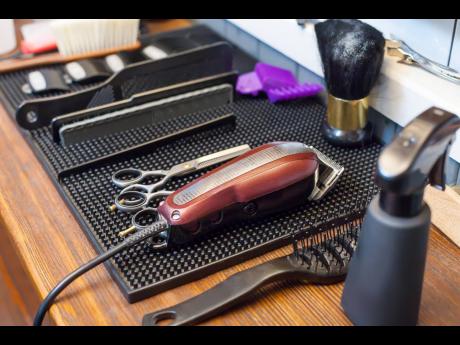 The loved ones of William Montgomery Holmes, an elder of the Nyabinghi Order, are chanting fire after the 78-year-old's beard was shaved while he was admitted at Linstead Hospital late last month.

The Rastafarian, who has been growing his beard for 57 years, is said to be traumatised over the incident. His daughter, Iyesha Holmes, said that she nearly cried when she saw him.

"I have never seen my father without his beard, and neither has my mother. His beard is a part of his identity. I have known him to be a firm Rastafarian all my life. He lives and breathes Rastafarianism," she said.

Iyesha stated that her father was being treated for high blood pressure and pneumonia, complications that he developed from a stroke in March.

He was taken to the hospital on April 23 where he was placed in observation before being admitted on the 26th, a Sunday.

Holmes was assessed and his personal information, including his religion, religious practices and his dietary habits, were conveyed.

"While he was on the observation ward, we were there with him 24/7 because we the family had six-hour shifts so that we could just be with him and make sure that things were OK. However when he was admitted, we didn't get a chance to visit him that much, because we were told that visiting hours was suspended because of COVID-19 and the curfew that was imposed upon St Catherine," she said.

Iyesha said they only saw him for a few minutes the day after he was admitted, and it was only after they called the following day that they were told that hospital visits were decreased but not suspended.

The family has since hired attorney Bert Samuels who, in a letter to the hospital, stated that the shaving of his beard is a serious and irreparable breach to his constitutional right to practise his religious beliefs.

In its response to Samuels, the hospital confirmed that Holmes was a patient and his beard was shaved. The administration also said that the matter is being investigated.